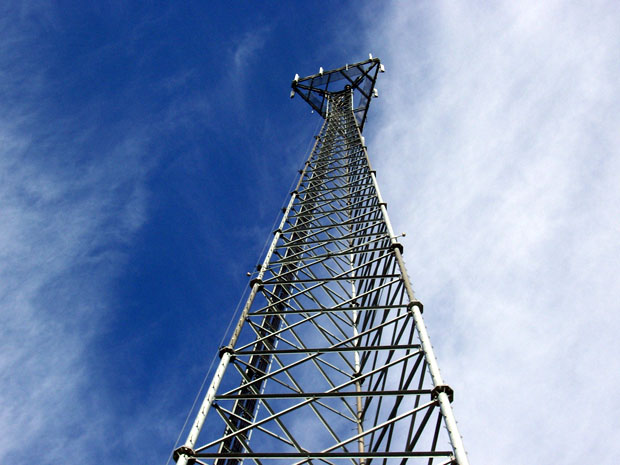 Google and Microsoft, currently vying for attention in various markets from search to tablets, could be preparing to take off the gloves for the chance to buy a slice of the airwaves in the UK. A report in The Sunday Telegraph quotes anonymous sources indicating the pair have shown “extreme interest” in buying up currently unused radio spectrum, perhaps with a view to launching national Wi-Fi networks.

The spectrum they’re interested in is known as “white space.” White Space is the name given to localized frequencies left clear in order not to interfere with television broadcasts in neighboring cities. For example, City A has its TV broadcast on 602MHz, while its closest neighbor, City B, has it on 712MHz to avoid interference. Neither cities can use each others frequency for TV, leaving plenty of unused spectrum just hanging around.

Today, televisions, radios and so on are much better at sticking to their allocated bandwidth, which means low-power devices shouldn’t interfere with them while using White Space. Also, as the airwaves become more crowded, companies are keen to exploit whatever unused spectrum they are offered.

White Space frequencies operate between 450MHz and 850MHz, so they’re good at covering long distances and ignoring walls, all at a moderately high speed too; making it ideal as a wireless broadband network. Rural broadband access in the UK is notoriously poor, and systems like White Space could provide a popular solution. It’s easy to understand why White Space is sometimes referred to as Super Wi-Fi.

This is where Google and Microsoft come in. While the companies plans are officially unknown, analysts speculate the pair could be planning to launch free (or very low-cost), Wi-Fi-style services across the country. Given the importance of Windows Phone 8’s success rides, to a certain extent, on offering something the competition doesn’t, this sounds like something Microsoft would be interested in. While at Google, advertising is key, so providing yet another way to gain cheap access to its services seems like an obvious move.

Google has recently launched its Google Fiber service in various cities in the U.S., where use of White Space is also approved, and tests began earlier this year. White Space networks are already being tested in the UK too, with British Telecom giving the technology a shot in several locations already, while the ARM-backed startup Neul is busy promoting Weightless, a protocol that will enable “everything from light switches to curtain rails to get an IP address,” and therefore be controllable through the Internet.

The UK still has a while to go before a low-cost White Space network becomes a reality though, as the communications regulator has to organize a spectrum auction first — and given how long it has taken to set up the 4G LTE auction, it’s not going to happen tomorrow. Plus, a White Space device will need access to a database so it knows to which frequency it can connect to not interfere with other signals. This database is still being built.

So, it’s not going to arrive this year, but it’s a tantalizing look at where Microsoft and Google may be heading.