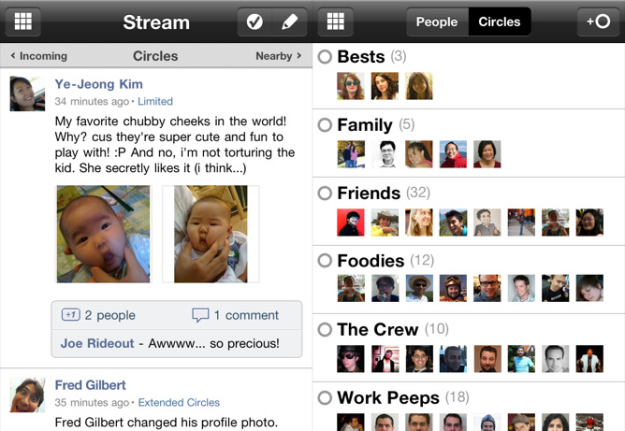 It was hard to avoid all of the conversation surrounding the arrival of the Google+ app on iPhones yesterday, and it looks like all of that attention paid off. After less than 24 hours in the iTunes marketplace, the app has moved to the top of the Free Apps chart.

Despite the popularity of the app, its launch wasn’t without a few problems. Just a few hours after the initial release of the app, it received its first update, fixing the majority of the early bugs and adding some support for blocking unwanted messages and uploading photos.

While the update arrived quickly, it couldn’t prevent many users from souring on the app’s much-anticipated iPhone debut. User feedback on iTunes currently fluctuates between the five-star, highest approval rating possible and the one-star, lowest rating possible. Over 1,600 users have reviewed the current version of the app.

Of course, it’s worth noting that Facebook, one of the biggest competitors for Google+, sits atop the rankings of the most-downloaded free apps of all time – offering the G+ crew a clear and lofty goal for their new entry into the social media landscape.

The Google+ app is currently available for the iPhone 3G, 3GS and 4, and only works with iOS 3.1 or higher. There are no apps available at this point for the iPad or iPod touch devices.

Christian Bale is involved in a murder in Amsterdam trailer

With Thor: Love and Thunder, Natalie Portman is finally the superhero