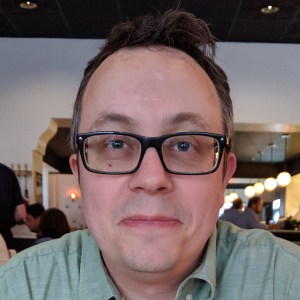 A veteran journalist with more than two decades of experience covering local and national news, arts and entertainment, and emerging technology, Rick has been writing for Digital Trends since 2011.

Over the years, Rick has served as an editor for MTV News and Wizard Magazine, as well as a columnist for Time Inc., Movies.com, Fandango, and IFC.com. He is also a Rotten Tomatoes-approved critic for films and television series. A voracious consumer of movies and TV series, as well as a lifetime fan of comic books, video games, and all manner of geekery, his work can also be found in Mental Floss, Space.com, and various other print and online outlets.

Dubbed a "Professional Geek," Rick has appeared on Spike TV, MTV, ABC, CBS, Fox Business, and NPR to offer commentary on entertainment and pop culture trends. He served as co-producer and host of WAMC Northeast Public Radio's "RetConned" podcast, interviewing a wide spectrum of pop-culture personalities and creators from 2016-2018.

A native of New York's Capital Region, Rick began his journalism career at the alternative newsweekly Metroland. He was named the New York Press Association's Writer of the Year while covering local, state, and national news around New York's capital city and surrounding region.

Rick attended college at SUNY Plattsburgh and SUNY Albany, earning degrees in Computer Science, Environmental Science, and Journalism. He is a proud father of two great kids, husband to an endlessly patient partner who tolerates his love for "The Transformers: The Movie," and a big fan of good beer.