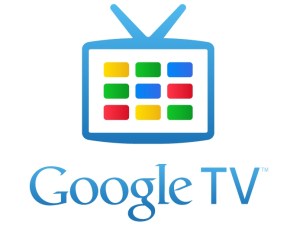 We knew Google TV wasn’t selling well, but we didn’t know it was this bad. The Wall Street Journal reports that Google TV connected devices and televisions are selling so poorly that “returns are outpacing sales.” Logitech, which bet heavily on Google, has taken the brunt of the pain. Yesterday, the company ousted its CEO and announced heavy losses due to returns of its Logitech Revue being faster than actual sales of the product. Yes. That’s right. Google TV is so unpopular that it’s actually selling in the negative.

“We launched Revue with the expectation that it would generate significant sales growth in spite of a relatively high price point and the newness of both the smart TV category and the underlying platform,” said Logitech’s new CEO Guerrino De Luca. “In hindsight, there are number of things we should have done differently.”

Since launching late last year, the Revue only brought in $5 million, which means it couldn’t have sold more than 17,000 units in total. Sales are so bad that Logitech will drop the unit to $99, after launching it months ago for $299. Our own Nick Mokey reviewed the Revue, noting that while Google TV is great in concept, the execution on both Logitech and Google’s part was sloppy. Sony has not revealed sales of its Google TV-powered HD televisions, but sales could be under performing as well. In our time with Sony’s first generation of Internet TVs, we encountered similar complexity and usability issues.

However, though sales remain slow, Google TV trudges on. The operating system is being upgraded to Android 3.0 this year and, despite losses, Sony and Logitech remain committed to the platform.

What is Google’s Pixel Pass and how much does it cost?

Google Drive, Docs, and other apps are getting way better on Android tablets