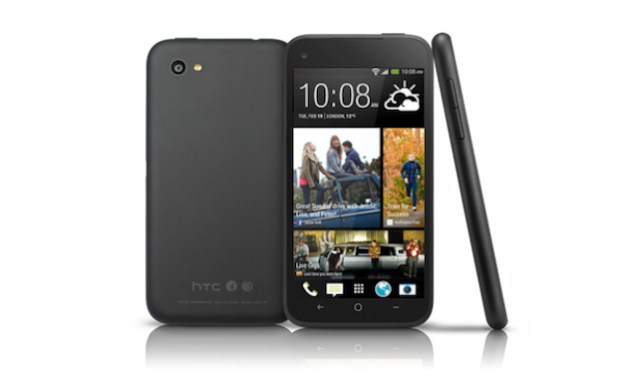 The HTC First is, appropriately, the first smartphone to feature Facebook Home as standard, however HTC is rumored to be preparing another version of the First, this time without the Facebook software. The phone is linked to another rumor which appeared just before HTC held its HTC One launch event at the beginning of February, when details of an HTC M4 and an HTC G2 emerged.

Looking back, the M4’s supposed specification does look very familiar, as it’s listed as having a 720p, 4.3-inch touchscreen, a dual-core processor and Android 4.1 Jelly Bean. This feature set has now been expanded upon by the website llabtoofer.com, which says the processor will be a 1.2GHz Snapdragon 400, the OS will be Android 4.2.2 with Sense 5.0 over the top, plus the camera could use another of HTC’s Ultrapixel sensors, just like the HTC One.

So, the M4 does away with Facebook Home only to replace it with Sense 5.0, with all its BlinkFeed goodness, then replaces the uninspiring 5-megapixel camera with a far more exciting Ultrapixel camera. A fair trade-off, we’d say. Other possible M4 features include the usual Bluetooth, Wi-Fi and GPS connectivity, plus 16GB of storage memory.

Before the HTC One was made official, it was known by its HTC M7 codename, indicating the M4 could share the One name, at least with the obligatory and meaningless letter after it. For now though, we’re left guessing as the M4 isn’t an official phone. The HTC First is, and it’s available to pre-order right now, ready for release on April 12 through AT&T.

The question is, would you rather have Facebook Home (and its little foibles), or HTC Sense and an Ultrapixel camera? Unless you firmly come down on the former, it could be wise to wait a while before making a final decision.

Video-editing app LumaFusion to get a Galaxy Tab S8 launch
Google Pixel 7a: release date, price, specs, and all other rumors
Today’s best deals: TVs, laptops, iPads, robot vacuums and more
The Nothing Phone is finally coming to the U.S., and I can’t wait
OnePlus 11’s controversial design returns in new ‘official’ renders
The best iPhone games to play in December 2022: Marvel Snap and more
I thought iOS 16 would ruin my iPhone 8, but it shocked me
The best Android games available right now (December 2022)
The most innovative tech products of 2022
How to unlock a phone on every carrier in 2022
This ridiculous smartwatch has a hidden pair of earbuds inside
This retro battery pack is way cooler than it has any right to be
Apple Health vs. Samsung Health? What I learned after using both