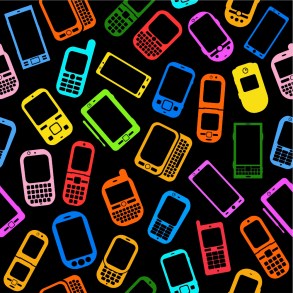 If mobile phone sales in the UK are anything to go by, Apple will be having a very happy Christmas this year.

Its iPhone 4S device was the best selling smartphone in the four weeks up to December 9, according to data released by market research firm GfK. The Financial Times reported that the phone, which was released by the Cupertino company in October, accounted for nearly a quarter of all smartphone sales in the country during the period.

In a list of the top 15 smartphones sold in the first week of this month, GfK said there were five versions of Apple’s mobile device, accounting for over 37 percent of the market.

While Apple will be delighted to see its iPhone selling so well in the holiday season, there was also some Christmas cheer for other smartphone manufacturers. Samsung’s Galaxy S II was listed in the number two spot for sales in the first week of December.

And at last, some heartwarming news for Research In Motion, which saw an increase in UK sales of its range of BlackBerry devices in the four weeks up to December 9. Taking three places in the top 10 for sales in the first week of this month were versions of its BlackBerry Curve device.

Nokia, however, will be concerned to learn that its new Lumia phone, its first running Windows Phone Mango, didn’t even make the top 10 – and that after an advertising campaign which is reported to have cost the company somewhere in the region of $31 million (£20 million). The results of a survey last week showed there is little interest in Nokia’s new device among European consumers, a fact reflected by the latest sales figures. The figures will be a worry for the Finnish firm, which is set to launch its first Lumia phone in the US on January 11.

Smartphone ownership has really taken off in the UK in the last couple of years, almost doubling in the period from February 2010 to August 2011. Forty-six percent of Brits now own such a device, with many more purchasing one for themselves or a loved one over this holiday season.