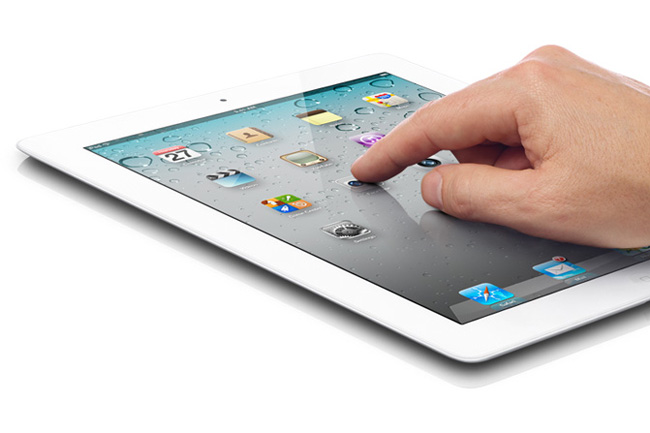 Steve Jobs took the stage today at Apple’s special event. Though he has been on medical leave since January, the CEO came on stage today to announce Apple’s newest product: the iPad 2. “Good morning, we’ve been working on this product for a while, and I didn’t want to miss today,” said Jobs as he greeted the crowd looking a little thin, but as energetic as ever.

The iPad 2 will ship on March 11. The new unit will come in white and black from day one and features the same $499 – $829 pricing as the original iPad.

As Jobs finished up his presentation, he made a comment about the competition, telling visitors that this is different from the PC era. “It’s in Apple’s DNA that technology alone is not enough,” said Jobs. “It’s technology married with liberal arts, humanities that yields us the result that makes our heart sing. And nowhere is that more true than in these post-PC devices. And a lot of folks in this tablet market are rushing in and looking at this as the next PC,” but it is something new.

Before announcing the next generation iPad, Jobs went over a myriad of impressive stats about Apple products lately.

Topics
Video-editing app LumaFusion to get a Galaxy Tab S8 launch
The 11-inch iPad Pro is a great tablet that Apple needs to kill
Best refurbished iPad deals and sales for January 2023
The 5 worst iPads of all time
The best iPads in 2023: which Apple tablet should you buy?
The best rugged smartphones for 2023
The best iPhone games in 2023: 31 games you need to play right now
This Apple leaker just revealed tons of changes for iOS 17 and iPhone 15
Beats Studio 3 headphones are $120 off today at Amazon
How to cheat in Words With Friends
Trading in your iPhone with Apple? You’ll get less than yesterday
The best QR code scanning apps for iPhone and Android in 2023
3 reasons you should buy the Google Pixel Watch today