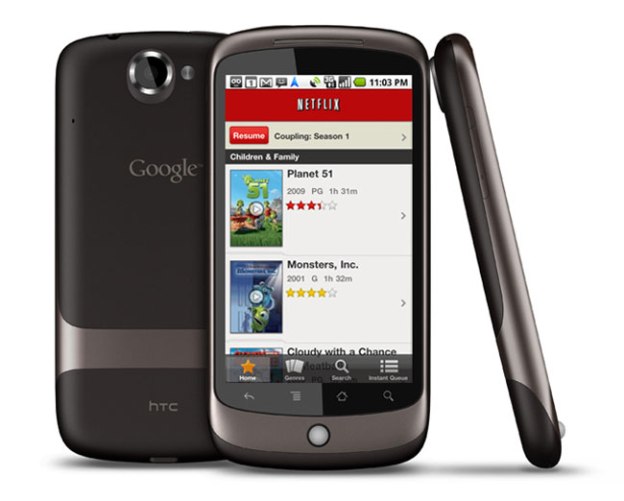 Netflix first announced it would roll out an Android app on May 12, and the Android community was overcome with joy. But when the app first hit the market, it was only available on five of the countless Android devices. Since May, Netflix has slowly been adding more and more devices to the compatible list. With last night’s update, the Netflix app more than doubled the compatible devices and is now officially fully functional on 24 devices, a full list provided at the bottom of this article.

A few notable devices on the new list include the Droid 3, Samsung’s Galaxy S phones, and even the Lenovo tablet that was just announced yesterday. We are excited to see that all three of Verizon’s LTE devices are now supported, and can’t wait to see just how quickly movies load on those speed demons.

Some Honeycomb users couldn’t wait any longer for Netflix to work on their device and have resorted to sideloading Netflix onto unsupported devices. Engadget was able to confirm that the app worked fine on both the Galaxy Tab 10.1 and the Motorola Xoom, but for some reason it is not working on the Asus Transformer.

Even though the list of devices is growing, it is growing very slowly. The slow roll out is most likely due to Android’s fragmentation of hardware and software. As Netflix figures out the sticking points for each device one by one, some Android users will just be left in the dark while everyone else will be enjoying some movies.  With Android being the most popular mobile OS in the United States we are sure Netflix is doing its best to continue updating its app.

Currently Netflix playback is supported on the following devices:

Video-editing app LumaFusion to get a Galaxy Tab S8 launch
Hey look, the iPhone’s Dynamic Island has come to … Android?!?
The best gaming tablets for 2022
When is my phone getting Android 13? Google, Samsung, OnePlus, and more
The best phones for 2022: Which smartphone should you buy?
Apple Watch Ultra review roundup: a truly curious beast
Pixel Watch design video reveals what Google doesn’t want you to see
The best wireless keyboards for 2022
The best wireless earbuds for 2022
Apple rolls out iOS 16 update to fix frustrating camera-shake, paste bugs
Why I stopped wearing my smartwatch — and why I haven’t looked back
How to transfer your SIM from an Android phone to an iPhone 14
Google Pixel Tablet leak reveals key specs about the mysterious device