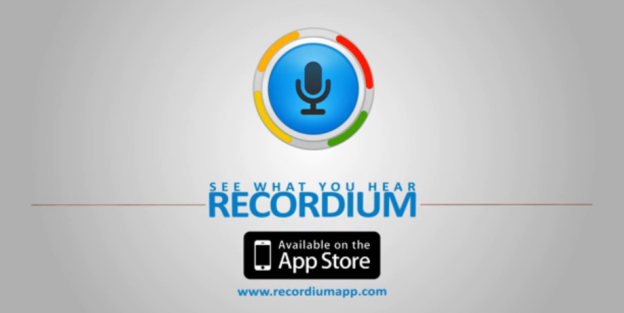 As technology advances and we pack more and more power into smaller and smaller packages, there’s a tendency to think of these phones and tablets as sort of Swiss Army knives – capable of doing just about anything. Here’s the key to the Swiss Army knife analogy, though: each of its tools do one thing well. Similarly, the best apps generally focus on one task. So get ready to add Recordium to your list of tools. It lets you record and cut audio, and it does it as well as any app we’ve seen.

Capturing audio on your phone shouldn’t really be a big deal, right? After all, the thing is built for transmitting your voice wirelessly across the globe. So it’s hard to get excited about an app that specializes in recording audio. But it’s what Recordium allows you to do with your captures that makes it impressive. Essentially, it makes the audio into a page in a notebook for you to mark up. You can then highlight areas that are of particular interest within a recording, making it easy to come back to the clip that you need most.

Beyond the simple but extremely handy highlighting feature is the ability to add tags and notes. Tags help you organize all your recordings, letting you easily find the related pieces that may have been taken at different times. You can also add searchable notes or related images, which give recordings an extra layer of depth and an easy way to attach related information. Having the ability to add context in other ways is a huge help.

Outside of the bells and whistles that make Recordium stand out are some of the standard options you’d expect out of an audio recorder. There is a built in editor for chopping out unneeded bits and doing your standard fixes like adjusting the audio levels. While you’re making your modifications to the audio, Recordium auto-saves to preserve your work, which is almost always a welcome feature. You can control the format that the file is recorded in – choosing between aiff, wav, caf or mp4 – and the sampling rate so you’ll have your preferred audio output for your finished product. When you’re ready to export a recording, you can send it off to Dropbox, Evernote, Google Drive, among others.

For students who want to take class lectures with them, journalists who need to capture audio during press conferences, or for those among us with short term memory loss that need a record of everything, Recordium is a great option. Not only does it record everything like you’d expect a voice recorder app to do, but it helps you get right to the good stuff and skip over the fluff. Every conversation has its highs and lows and there are identifiable moments where something of importance is said. Recordium makes sure those moments stand out to you without having to sacrifice the rest. For anyone looking for a voice recorder solution, it’s time to stop searching and download this app.

Recordium can be downloaded for free on iOS devices from the iTunes App Store.

Video-editing app LumaFusion to get a Galaxy Tab S8 launch
The best Christmas apps for everyone in 2022
Instafest app: How to make your own Spotify festival lineup
Hive Social is my favorite Twitter alternative, but that’s not saying much
Apple Music Replay 2022: where to find and how to see your listening stats
This Amazfit fitness tracker is $35 for Cyber Monday, and it’s selling fast
This 10-inch Lenovo tablet is $129 for Cyber Monday (selling fast)
Save $200 on the Samsung Galaxy Tab S7+ with S Pen for Cyber Monday
The best smartphone stocking stuffers for the 2022 holidays
Don’t buy the wrong iPad during Cyber Monday — get this one instead
Samsung’s Galaxy Buds earbuds line is discounted for Cyber Monday
Audible Cyber Monday deal drops the price of Premium by 60%
This is your last chance to get 3 months of Kindle Unlimited for just $1