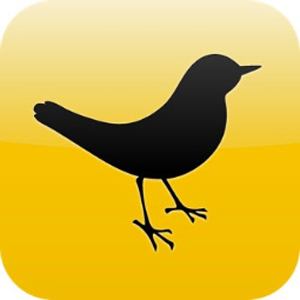 It’s been on the cards for a while now, but it looks as if it has finally happened. According to a report by CNN put out late Monday, Twitter has acquired the popular third-party client TweetDeck for “more than $40 million in a mix of cash and stock.”

Citing “sources close to the deal,” CNN said that although no official announcement has yet been made by either party, “papers finalizing the deal were signed Monday.”

Back in February, there was widespread talk of UberMedia (a company that owns a number of Twitter clients, including Echofon and Twidroyd) acquiring TweetDeck. Such a buyout would’ve meant that a hefty portion of traffic to Twitter’s site would’ve been going via UberMedia’s clients. With Twitter not wanting to lose control of its platform, reports began surfacing last month that it had stepped in and was in the “advanced talks” stage with TweetDeck, culminating in today’s report of its takeover of the UK-based company.

Owning a client like TweetDeck means Twitter now has direct access to its users, among the most active in the Twitter community, which could help with efforts to monetize the microblogging site at some point in the future. Despite its huge popularity, Twitter hasn’t yet found an effective way to actually make any money.

TweetDeck’s customizable columns feature, allowing users to manage multiple Twitter and Facebook accounts, as well as MySpace, LinkedIn and Foursquare accounts, has made it an extremely popular app among the twitterati. It was released in 2008 and is now believed to be by far the most widely used third-party Twitter client.

Topics
Video-editing app LumaFusion to get a Galaxy Tab S8 launch
Twitter bans, then unbans account tracking Elon Musk’s jet
The secret to helping older people get online is right in front of us
How to record phone calls on your iPhone quickly and easily
Hive Social is my favorite Twitter alternative, but that’s not saying much
The best iPhone apps in 2023: 50+ apps you need to download now
The iPhone 15 Pro’s rumored new design is one I can’t wait for
The best folding phones in 2023: our 6 favorite foldables right now
You can finally take ECGs and track AFib on a Garmin smartwatch
I bought a $50 Apple Watch Ultra clone, and it blew me away
Best cheap phones in 2023: our 5 favorite ones for tight budgets
How to get Apple’s Black History Month 2023 wallpapers for your iPhone and Apple Watch
Yes, we really are completely spoiling the OnePlus 11 and Buds Pro 2 launch