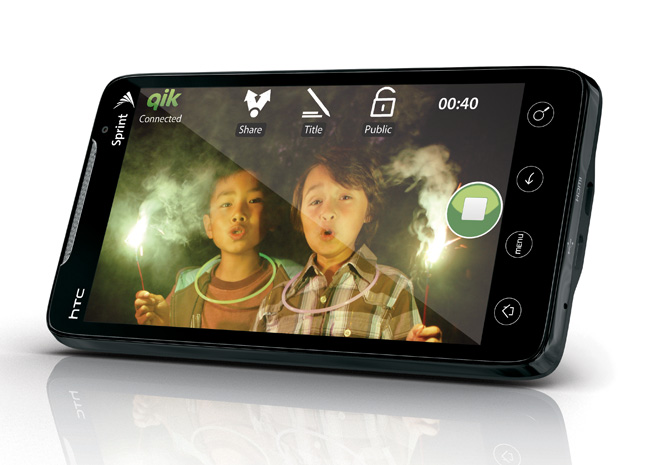 Sprint Nextel Corp  has been seeing shortages of its EVO 4G high-speed phone from HTC Corp  in some places due to better-than-expected demand, the company’s chief executive, Dan Hesse, said on Tuesday.

Hesse said he wished he had more supplies of the EVO, which launched on June 4.

“The device is more popular than we or HTC could foresee,” he told reporters after his keynote presentation at a Forrester Customer Experience conference.

Asked if the shortfall was due to a lack of key components for the phone, Hesse said he thought the issue was more about stronger-than-expected demand than component shortages and he deferred the component question to HTC.

A representative for HTC also attributed the EVO shortage to stronger-than-expected demand.

“We’re certainly doing everything we can to ensure we’re supplying devices as quickly as possible. We’re seeing greater demand for our products than we ever have in the past,” HTC spokesman Keith Nowak said.

Nowak said it added Sony Corp as a second supplier as well as Samsung Electronics (005930.KS) for screens used in its Desire phone sold in Europe and Asia. He would not comment on whether it will get a second supplier for phones like Incredible or EVO.

The EVO is first U.S. phone to support fourth-generation (4G) wireless data speeds and is a key device for Sprint as it tries to draw back customers lost to rivals such as Verizon Wireless and AT&T Inc (T.N).

Hesse said the EVO was still selling briskly and Sprint was still seeing shortages even after the store launch last week of iPhone 4 by Apple Inc (AAPL.O) whose exclusive U.S. operator is AT&T. Apple has said it was its most successful product launch ever despite complaints about the phone’s antenna.

Sprint also announced plans to sell a second 4G phone from Samsung’s Galaxy S lineup but Hesse declined to give further details when asked on Tuesday. .

Asked if Sprint would change how it charges for Mobile Internet access, Hesse said he would be cautious about following AT&T’s lead in eliminating unlimited use service plans.

After talking at length about the importance of offering simply service options to customers in his presentation, Hesse told reporters that taking away unlimited services could add complexity for customers.

“We’d certainly consider that,” he said but added, “It’s not a decision you’d take lightly, taking away simplicity from customers.”

Sprint shares were down 17 cents, or 3.8 percent, at $4.29 in afternoon trading on the New York Stock Exchange.