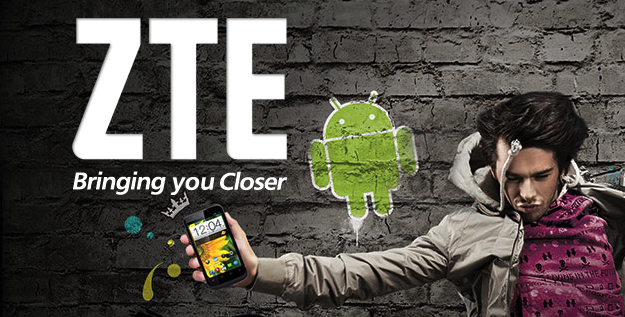 ZTE has confirmed in a tweet it will not only be launching a device named the Grand Memo at Mobile World Congress, but also one of the first phones to use Mozilla’s Firefox OS. The message in question featured several hashtags, something of which ZTE is demonstrably fond, but it was #ZTEGrandMemo and #ZTEMozilla which caught our eye. We’ve heard about the ZTE Grand Memo before, as the device was leaked in mid-January, when it appeared with a basic specification including a 5.7-inch screen and a quad-core processor. Subsequently, it received a soft-launch in Hong Kong, where it came with a 1.7GHz Snapdragon S4 processor, a 13-megapixel camera and Android 4.1.2.

So, we know ZTE has the Grand Memo all ready to go for MWC, but what about the Mozilla phone? ZTE has already spoken out about its intention to release a phone using Mozilla’s Firefox OS this year, and is according to ZTE’s CEO, already romancing several European networks to persuade them to carry the new device. Separately, Mozilla has said it intends to reveal the first pieces of hardware to run Firefox OS during Mobile World Congress. If you want a clue as to the specs of ZTE’s Firefox effort, look no further than the Keon and Peak developer phones.

While the Grand Memo and Mozilla phones appear to be locked for the show, there’s a chance we’ll also see a phone using the Nvidia Tegra 4, as the chip manufacturer has said ZTE will be the first company to introduce a device powered by its latest processor. There are several possible scenarios here. ZTE could demo its Tegra 4 phone at the show, wait until later in the year or even swap the Grand Memo’s Snapdragon S4 for Nvidia’s chip.

Introduced at CES 2013, the Tegra 4 is stuffed with a quad-core ARM Cortex A15 CPU and a 72-core Nvidia GPU, and it’s this chip ZTE will use in its next phone, rather than the newly introduced Tegra 4i. ZTE will also integrate Nvidia’s new i500 modem to give the device 4G LTE connectivity. Nvidia boasted the Tegra 4 is the, “World’s fastest mobile processor” during its press conference at CES, which should see us quivering with excitement; except as it has paired up with ZTE, everyone outside of China is going to be in for a long wait before getting the chance to play with it.

ZTE’s first Tegra 4 powered device will launch in China during the first half of this year, with no mention of a release outside of the country at this stage. It’s not a surprise, as it’s the same strategy the firm has taken with the Grand S. Announced at CES, the Grand S will go on sale in China soon, but we’re still waiting on news the 5-inch, 1080p smartphone/tablet hybrid will come to the U.S. and Europe.

Mobile World Congress opens its doors on Monday, February 25, and ZTE is holding a press conference late on that very day. We’ll be there to bring you all the news.

Video-editing app LumaFusion to get a Galaxy Tab S8 launch
How the Galaxy Z Flip 4 fixed my unhealthy phone habits
How to use iOS 16 photo cutout to cut and paste images
How to change the time font on your iOS 16 lock screen
Which $1,000 phone has the better camera — iPhone 14 Pro or Galaxy Z Flip 4?
Samsung’s new rugged phone and tablet tout 5G and 5 years of updates
The Apple Watch SE 2 is making me think twice about the Watch Series 8
The best Apple iPhone 14 Pro cases for your new smartphone
This Google Pixel 7 price leak is bad news for the iPhone 14
Apple Watch Ultra review roundup: a truly curious beast
Pixel Watch design video reveals what Google doesn’t want you to see
The best wireless keyboards for 2022
The best wireless earbuds for 2022