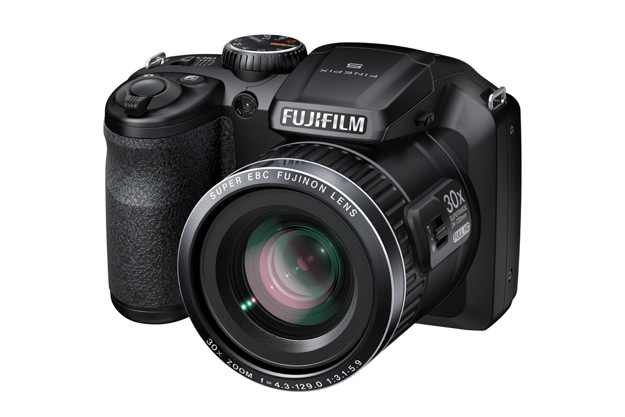 In addition to the FinePix F900EXR and F850EXR cameras, Fujifilm at 2013 CP+ introduced new mega-zoom and entry-level models.

For those who want to step up to a long-zoom camera but aren’t ready or willing to invest in a interchangeable lens system, Fujifilm has for you two new S-Series mega-zoom cameras: the S6800 and S4800. These “all-in-one bridge” cameras feature a 30x Fujinon zoom lens (24-720mm) with optical image stabilization, and “consists of 17 elements in 12 groups, and combines aspherical and ED elements that help to reduce aberrations and promote a superior level of image quality.” A Super Macro mode lets you get as close as 0.78-inches to a subject.

The S4800 has the same sensor size and resolution as the S6800, but it’s a regular CCD, so it lacks the low-light performance of a BI CMOS sensor. Autofocus is still 0.3 seconds, but startup time is 1.3 seconds.

In the entry-level JX line, Fujifilm unveiled the FinePix JX680, a compact camera with a 5x optical zoom (26-130mm). Unlike higher-end offerings, the JX680 uses digital image stabilization and a 16-megapixel CCD sensor. It shoots HD at 720p, and has a 3-inch LCD (230K dots).