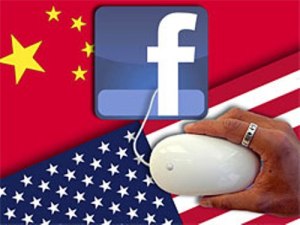 In an attempt to tap into the more than 1.5-billion-people-strong Chinese market, Facebook has signed a deal with Baidu Inc., the most-used search engine in China, Business Insider reports. The alleged agreement follows a meeting between Facebook co-founder and chief executive officer Mark Zuckerberg and Baidu CEO Robin Li, which took place during Zuckerberg’s trip to the Asian nation last December.

According to unnamed sources cited by Chinese news site Sohu.com, the purported partnership will result in the launch of a new social network — not an extension of Facebook.com, which is blocked by China’s tightly controlled Internet censorship regulations. Earlier reports indicated that China would relax its censorship regulations after news surfaced that China Mobile Ltd. Chariman Wang Jianzhou had discussed cooperating with the Palo Alto, California, social giant. But this latest round of news suggest Facebook has agreed to a fair share of compromise to enter the digitally cloistered Asian country.

As Business Insider notes, the Facebook-Baidu deal would be beneficial to both parties, with Facebook being able to break into the massive emerging Chinese market, and Baidu being able to enter the social networking sphere without having to start off at square one.

Facebook has been blocked in China since 2009, after the country’s government cracked down on social communications services after riots erupted in the Xinjaing province, which some described as “the next Tiananmen.” Since then, the Chinese government has imposed increasingly strict regulations over its citizens’ use of social networks.