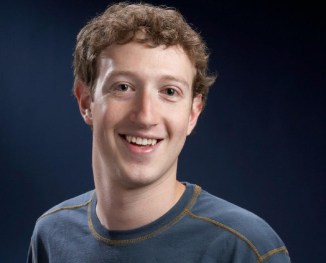 Facebook CEO Mark Zuckerberg is spreading some festive cheer this holiday season with news of a sizable donation to the Silicon Valley Community Foundation, a non-profit organization that works together with donors to help them allocate funds to their charitable areas of interest.

Zuckerberg gave 18 million Facebook shares – worth around $500 million based on the company’s current stock value – to the foundation, and said in a post announcing the news that the money will be put to use in the areas of education and health.

The foundation’s CEO, Emmett Carson, said the “generous” gift would “change lives and inspire others in Silicon Valley and around the globe to give back and make the world a better place,” adding, “We are pleased and honored that he has chosen to continue to partner with us to help him achieve his philanthropic goals.” The donation is the foundation’s biggest ever.

Two years ago Zuckerberg and his wife Priscilla Chan signed The Giving Pledge, a campaign set up by Warren Buffet and Bill Gates that encourages America’s wealthiest people to give the majority of their riches to philanthropic causes. As of November this year, 91 billionaires had signed the pledge.

This week’s gift is the Facebook founder’s second significant charitable donation – in 2010 he gave $100 million in Facebook stock to public school initiatives in Newark, NJ. Zuckerberg said on Tuesday he was “really proud” of the work the charities had carried out there so far, which includes the opening of four new district high schools and eleven new charter schools.

Twenty-eight-year-old Zuckerberg founded Facebook in a Harvard dorm room in 2004. After amassing almost a billion users, the company floated on the Nasdaq stock exchange in May 2012.

The boss of the social networking site still holds around 500 million shares in the company, so no doubt we’ll be seeing many more generous donations from Zuckerberg in the future – as long as the company’s stock price doesn’t implode, of course.

Amazon, Apple, Facebook, and Google will testify before Congress in July