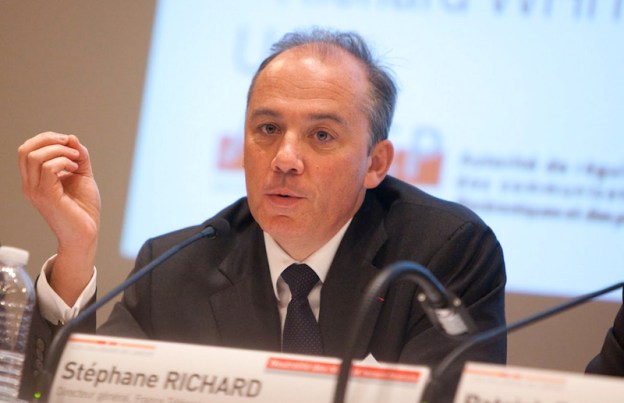 When Steve Jobs wanted something, he more often than not got his way. Without his drive and famously abrasive personality, it’s likely Apple would never have been transformed into the global phenomenon it is today.

With his health failing, Jobs stepped down from the top job at Apple in 2011, making way for Tim Cook. Since then – you may not be entirely surprised to learn – the company has been easier to deal with, according to the boss of one of the world’s largest telecom companies.

France Telecom-Orange CEO Stephane Richard, who was speaking to the press at the Mobile World Congress in Barcelona on Monday, said that in the last couple of years the Cupertino company had clearly changed and become more accommodating in its dealings with partner carriers.

“Apple has [become] more flexible, paying more attention to everyone else, probably a little less arrogant than they used to be,” he told reporters.

Richard added that the iPhone maker is “probably a little more under pressure, and it is quite nice.”

Evidence of Cook’s more conciliatory nature came last April when he said he’d “highly prefer to settle than to battle” when it came to lawsuits involving the tech giant – though admittedly there are still plenty of cases ongoing in courtrooms around the world. Jobs, on the other hand, was always up for a fight, wanting, for example, to “go thermonuclear” and “destroy” Android, believing Google had stolen its mobile operating system from Apple. He said he was even willing to “spend every penny of Apple’s $40 billion in the bank to right this wrong.” Could you imagine Tim Cook saying all that? However, whether his more flexible approach to dealing with other companies actually benefits Apple in the long-term is another question altogether.

Richards also passed comment on the current state of the mobile market and emerging platforms, saying that Windows Phone could find it “very difficult” in its battle with iOS and Android. He praised the platform but said it had no “wow” factor to win over consumers and pull them away from the two dominating platforms.

As for BlackBerry, he said that although boss Thorsten Heins is doing “a great job”, he wasn’t sure if the new BlackBerry 10 platform would be a success.

“There is probably not room for everyone, but all of us hope that among those initiatives, at least one will be able to emerge as a third ecosystem,” Richard said.

PayPal vs. Google Pay vs. Venmo vs. Cash App vs. Apple Pay Cash

How to secure your Wi-Fi network