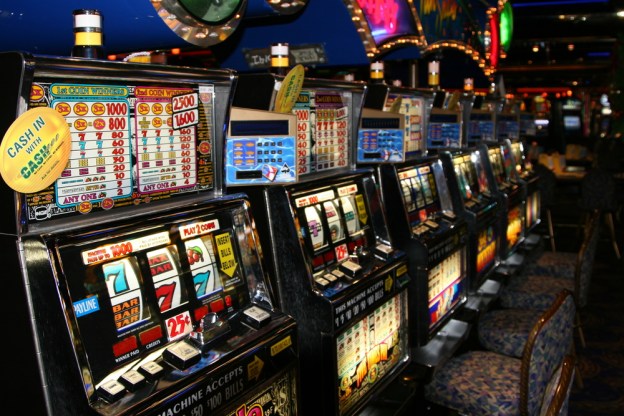 It wouldn’t matter whether it was at the gambling mecca of Vegas, or, as in the case of Behar Merlaku, at a little-known casino in the tiny Austrian town of Bregenz – if the bells and lights on the slot machine I’m on start ringing and flashing, telling me I’ve won $57 million, then of course I’ll be planning my retirement.

But when Swiss national Merlaku went to claim his jackpot, owners of the casino simply said there’d been a “software error” and that the 26-year-old was therefore not entitled to the big money prize.

Instead they offered him $100 and a free meal, which, hardly surprisingly, he rejected. Admittedly, it appeared that the top prize was for a five-slot match, whereas Merlaku had only managed to match four-slots, but with the machine’s screen and accompanying racket telling him he’d won, why wouldn’t he believe it?

So upset was Merlaku that he has decided to launch a lawsuit against the casino, claiming it should honor the ‘win.’ The incident took place earlier this year, while the legal action will begin next month.

The Daily Mail reports the lawsuit as likely being the biggest ever claim of its kind – and one which will be closely watched by gaming operators the world over.

In an interview on Austrian television, Merlaku said that the jackpot had come up loud and clear. “There was music and the sum I had won – nearly 43 million euros – was displayed on a screen.”

He added, “I was so overjoyed and in my head I began calculating what I could do with all this money.”

A few months ago, Merlaku told the Austrian Times, “I will fight for this until my death. I don’t accept it. I can’t sleep anymore and I constantly think about the injustice I’ve experienced.”

In the coming months the hopeful gambler will find out whether a supposed software glitch is a good enough reason to prevent him from getting his hands on the money. If, on the other hand, he does win, he won’t be the only one hitting the jackpot, with his lawyers no doubt pocketing a tidy sum for their trouble.

The Bregenz establishment is run by Casinos Austria, which operates casinos in more than 15 countries.