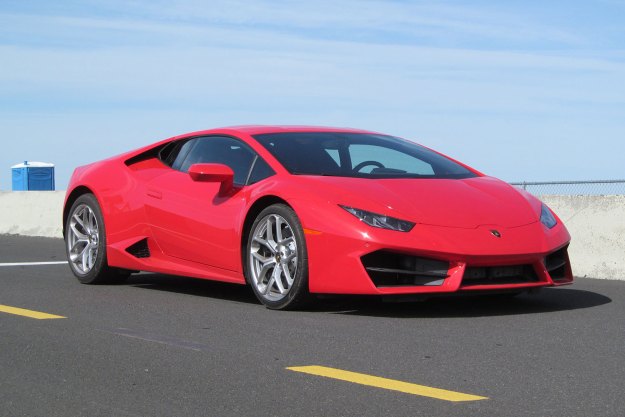 Let’s be honest for a minute and collectively acknowledge that sports car ownership has traditionally been a miserable experience. We’ve all drifted off into fantasies of performance cars as we pored over magazine spreads or pinned posters of our favorites to the wall, but those who managed to make those dreams reality know that they came with certain caveats.

We don’t even need to experience this first hand, because the supercars of today struggle with the same inherent challenges as ordinary vehicles: space, comfort, reliability, utility. You know this, and I know this. That’s why “the supercar you can drive daily” is a term used prodigiously to further justify something that otherwise meets no practical needs.

Italian sports car maker Lamborghini was, for the longest time, the most egregious offender of practicality. With cars like the Countach, Murciélago, and Diablo, the pendulum swung far towards crazy — leaving livability far in the distance.

With the Gallardo, the automaker struck gold, offering Lambo customers a car they could actually use, along with the sports car experience. Selling hand over fist since its introduction in 2003, the Gallardo was the most successful Lamborghini in history, leaving its follow-up, 2014’s Huracán, with some mighty shoes to fill.

If the Gallardo was Lambo’s lighting in a bottle, the Huracán is a goddamn thunderstorm.

Detractors will say that Lamborghini lost something when the company toned down its approach to sports cars, either forgetting about or wholly ignoring the Aventador and the myriad one-offs like the Veneno and Sesto Elemento. (They’re still around for those who have the budget to match the bonkers.)

For the more down to earth, the Huracán continues the Gallardo’s theme of performance in a sleek, compact package that impresses with its usability. It comes in three flavors: the more serious AWD 610-4, the casual Spyder version, and the 580-2, which sits in-between the two. We happen to like this one at DT, to the point where it was invited to participate in our 2016 Car Awards.

As you would imagine, the 580-2 gets its name from sending 580 horsepower solely to the rear wheels, as well as 398 pound-feet of torque. To distinguish it from its all-wheel drive counterpart, the 580-2 sports a few exterior tweaks at the front and rear. This is most prominent in the front fascia, where the front air intakes are more pronounced, split with distinct blades that increase downforce on the front axle.

From there, it retains the streamlined exterior that creates a car to cut through the air and adhere to the street without the use of superfluous wings and aero elements.

If the Gallardo was lighting in a bottle, the Lamborghini Huracán is a goddamn thunderstorm.

Inside, the rear-drive Huracán doesn’t alter much from the other versions either, meaning it’s still comfortable and functions are easily accessed. First off, there’s plenty of cabin space for driver and passenger to sit. I’ve spent time on both sides and all six feet of my length was suitably accommodated.

Behind the wheel, the driver controls everything from a 12.3-inch TFT digital instrument panel, which displays everything from navigation to car functions to entertainment options. There’s no corresponding screen for the passenger, but this keeps things more streamlined and it’s not really obscured for anyone sitting shotgun; they can easily glance over and see the displayed info. It’s not as intuitive or impressive as sister company Audi’s Virtual Cockpit, but it gets the job done.

Apart from that the sleek interior has just enough physical buttons for the cabin to be useful but not cluttered. A row of switches tops the center console, with HVAC controls beneath that and media functions right after. It’s the right combo of buttons and dials to interact with simply, with nothing overthought or tweaked for the sake of design.

The one standout is the engine start button, however, which sits underneath a crimson safety gate. It’s ostentatious but gets a pass, because it does exactly what it’s meant to do: make me excited to push it.

Doesn’t matter if you’re going for a milk run or a hot lap, firing up the naturally aspirated 5.2-liter V10 in the Huracán is announcing to everyone within earshot that you’re about to have a good time.

The 580-2 rids itself of 73 or so pounds of front-wheel drive equipment and rebalances its weight so that 60 percent is towards the rear. In theory, it should be slightly more tail-happy than its AWD brother, the 610-4. I took it to Oregon Raceway Park to give that theory some peer review.

Finally letting the Huracán cut loose off the line is immensely satisfying, as it belts out that distinctive high-pitched Lambo engine note while moving through the gears in the car’s seven-speed dual clutch gearbox. The 580-2 is said to be able to sprint from 0 to 62 (100 km/h) in 3.4 seconds, a hair off of the 610-4’s 3.2-second claim. This difference means very little since the 580-2 takes performance slightly less seriously than its AWD relation, but that doesn’t mean it can’t cut it.

The differences that do matter, however, are in how it controls. In the 610-4, the performance-focused Huracán’s myriad sensors, gyroscopes, and accelerometers work in tandem to determine if it needs to chuck as much as 50 percent of the torque to the front wheels. In short, it’s there to catch you and make sure you perform as well as you think you can.

Not so with the 580-2. While it’s still loaded with electronic assists, the training wheels are off. The Huracán gallops to the limit quickly, and once it’s there, you and it will have to carefully balance control on the ragged edge.

V10 in the Huracán announces to everyone within earshot that you’re about to have a good time.

Over Oregon Raceway’s undulating elevations and corners, the 580-2 filled me with excitement as it teased me with oversteer, particularly at high speeds. I had to keep on high alert throughout the bends; I knew the Huracán would be unforgiving of errors. That said, on the other side of a corner, or deep in a breaking zone, I felt awash with the relief felt after surviving a roller coaster ride that you weren’t sure the cart would endure. I was afraid, but in the best way, the way that feels exhilarating.

And yet on the road, it’s the smoothest, fantasy-fulfilling machine on wheels. In “strada,” the car’s most docile driver setting, it easily cruises on long jaunts, with some spirited acceleration just underfoot.

The inside of the Huracán then becomes a very nice place to sit while the world whizzes by. It’s not particularly plush or luxurious, but extremely palatable considering you’re in a V10 rocket ship on wheels.

Making things even better was the cylinder deactivation. On the long stretches between DT headquarters and ORP, five of the cylinders would shut off, saving fuel for the track and giving me ease of mind for the return trip.

So should you get one?

The Huracán 580-2’s asking price rounds out at $205,000, which is about $37,000 less than the 610-4. This puts it within spitting distance of competitors like its cousin, the Audi R8 V10 Plus. It keeps decent company, for sure, but it also means it continues the Gallardo’s tradition of being within reach and easy to deal with on a day-to-day basis.

And with the added thrill of its pure rear-wheel drive experience, it’s just crazy enough to keep things exciting.