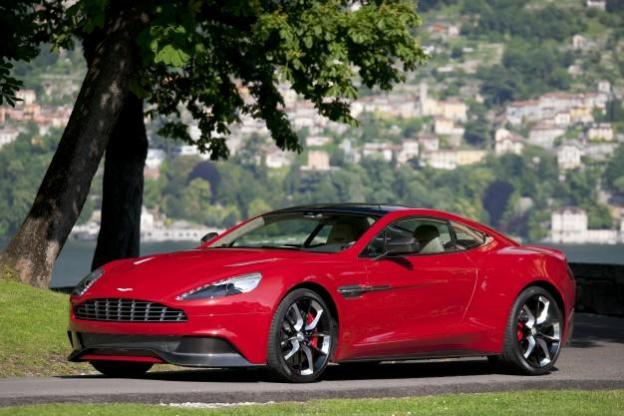 James Bond’s car is about to be replaced, and for the first time we have an idea of what that replacement will look like. The Aston Martin DB9 starred in the two most recent Bond films, but its time is up. At last weekend’s Concorso d’Eleganza Villa d’Este, Aston unveiled Project AM310, a preview of the DBS’ replacement.

Aston Martins are some of the best looking cars around, so the company apparently decided not to fix what wasn’t broken. The AM310’s styling is an evolution of the DB9’s, and was heavily influenced by the One-77 hypercar.

The headlights and voluptuous fenders look like they were taken straight off the One-77. Since the AM310 will be less exotic (only 77 of the $1,000,000 hyper-Astons were made), those cues are toned down. For example, the AM310 lacks the One-77’s massive side vents and jowl-like front-side intakes, which would probably ingest pigeons on the way to the coffee shop.

The overall effect makes for a more streamlined, lithe coupe, like a DB9 that lost a few pounds. That is literally true, since the AM310 has a carbon fiber body (check out the unpainted roof), in addition to an aluminum chassis based on the current DB9’s VH architecture.

Aston did not talk about the powertrain, but the AM310 is expected to have the same 5.9-liter V12 as the DB9, albeit with more power.

The transition from AM310 to next-gen DBS takes place this summer; the production version will debut at the Pebble Beach Concours d’Elegance in August, coinciding with Aston’s 100th anniversary. According to Aston, the AM310’s styling is slightly more provocative than the production car’s, so some changes will be made. A name change isn’t out of the question either.

The AM310, or whatever it ends up being called, is not a radical reinvention of the DB9, but does it have to be? The new car may look a lot like the old one, but it still looks good. Some people might quickly glance at it and say that it looks like last year’s model, but others will just see a gorgeous car that tugs at their purse strings. Aston may not be able to do this forever but, for now, it works.