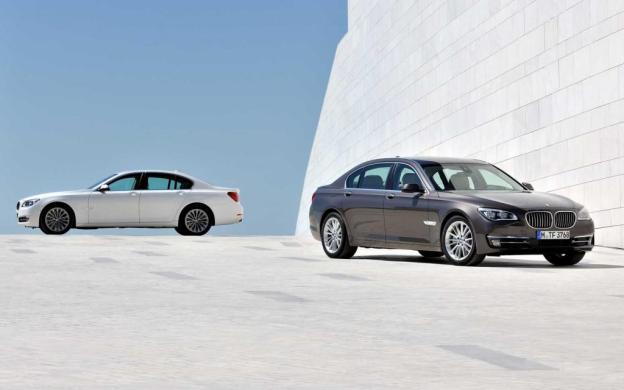 In greening up its image, BMW has two choices: push the diesel engines it already sells in droves in Europe, or continue to promote its “ActiveHybrid” powertrain. The Bavarian company seems to be choosing “all of the above.” Even with hybrid versions of all of its sedans, BMW is reportedly planning to launch a full line of diesels in North America.

A slide showing release dates for six diesel models, reportedly taken from a BMW North America meeting, was leaked on the F30Post forum. If it’s legitimate, Americans can expect an onslaught of diesel Bimmers beginning next year.

The first car listed is a 3 series sedan, which will arrive in the first half of 2013. It will be followed by a 3 series wagon in the second half of next year. The diesel will be the second engine option for the wagon, which launches next May as a 328i with BMW’s 2.0-liter turbocharged inline-four, but not the inline-six found in 335i sedan models.

Rounding out 2013 will be a diesel 5 Series sedan and a new X5d. The 5 Series will debut in the third quarter of 2013, with the X5d following at the end of the year.

In 2014, BMW will launch a diesel version of its flagship 7 Series model, along with an X3d version of the company’s medium-sized crossover. Both models are scheduled to arrive in the first half of 2014.

It’s a little early to tell which engines will power each of these new diesel BMWs, but the company’s 3.0-liter inline-six is a good bet for most of them. It’s essentially a diesel version of BMW’s ubiquitous gasoline six, and it powers the current X5d. In that crossover, it produces 265 horsepower and 425 pound-feet of torque in that crossover.

A smaller, four-cylinder diesel is also a possibility, especially on the smaller X3d and the 3 Series wagon, which will only be offered with four-cylinder gasoline power.

Experimenting with diesels shows that BMW is in the same state of confusion as its German luxury rivals when it comes to green technology. After years of campaigning for diesel power, Audi launched the A8 hybrid in Europe, and built an A6L plug-in hybrid concept. Mercedes-Benz has the S400 Hybrid and its Bluetec diesels and, of course, all three companies are experimenting with battery-electric vehicles.

For its part, BMW will have hybrid versions of its three sedans, along with a full line of diesels. In Europe, diesels and hybrids coexist like this, but diesel is also the fossil fuel of choice for most European buyers.

In America, diesel is still an obscure technology; it’s viewed as a high-mileage alternative to gasoline, not the norm. So, depending on EPA ratings and price, it’s possible that buyers looking for a fuel efficient luxury car might cross-shop a diesel with a hybrid. At least they won’t have to go far if they’re already at a BMW dealer.

How to set wake and sleep settings on Mac