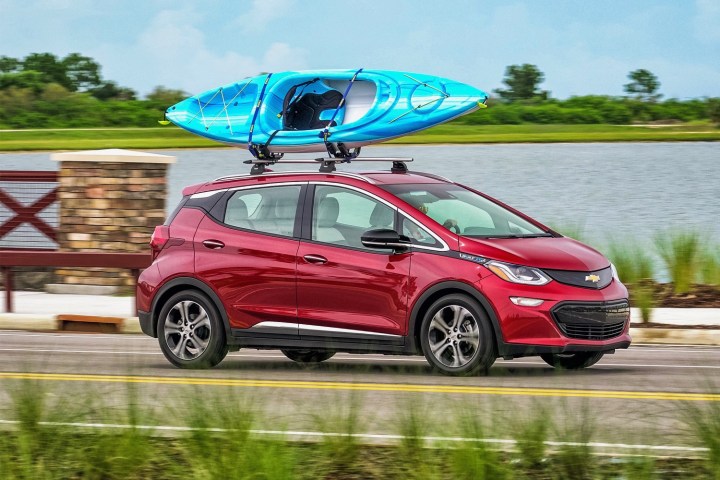 As Tesla continues to draw attention for meeting its Model 3 production goal, General Motors announced that it will increase production of its own mass-market electric car. GM plans to increase Chevrolet Bolt EV production by “more than 20 percent” to meet demand.

“Demand for the Chevrolet Bolt EV, especially in the United States, Canada, and South Korea, has outstripped production,” Kurt McNeil, GM’s U.S. vice president of sales operations, said in a statement announcing the company’s second-quarter sales. The production increase will take effect during the fourth quarter of this year, GM said.

Global Bolt EV sales in the first half of 2018 are up more than 40 percent year over year, according to GM. In the U.S., Chevy sold 7,858 of the electric cars between January and June. GM no longer reports sales on a monthly basis, so that figure is based on quarterly reports. In comparison, Nissan said it sold 6,659 Leaf electric cars in the U.S. during the same period. Tesla is still working through a backlog of Model 3 reservations, so a direct comparison with the Bolt EV is difficult.

Launched in late 2016, the Bolt EV was the first electric car to hit the market with a range exceeding 200 miles and a base price below $40,000, generally considered the magic combination for mass-market appeal. While it beat the Model 3 to the market, factors such as a slow nationwide sales rollout and the undeniable Tesla mystique have kept the Bolt EV in the Model 3’s shadow to some extent. Chevy sold 23,297 Bolt EVs nationwide last year, although the car wasn’t available in all 50 states until August.

Increasing Bolt EV production may be just the start for GM. Late last year, the Detroit automaker announced that it will launch 20 new all-electric models by 2023, with the first two set to appear within two years. At the time, GM said it will use “learnings” from the Bolt EV to develop these new models.