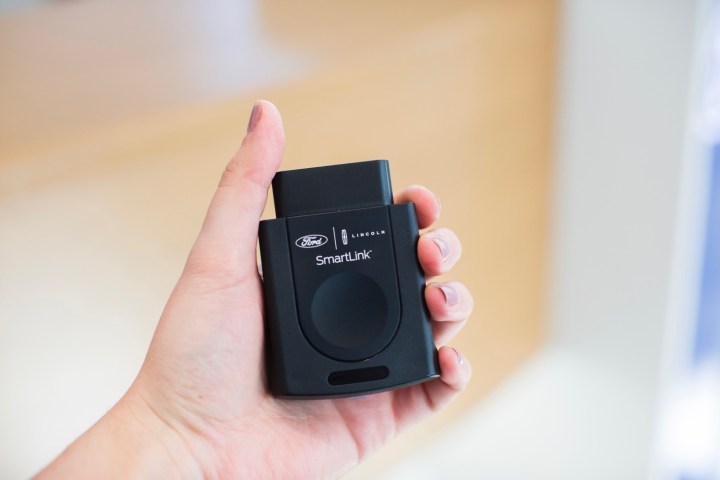 Last year, Ford announced a device called SmartLink, which would allow owners to add connected features to older cars. Now the automaker is getting ready for a full-scale rollout of the renamed FordPass SmartLink.

SmartLink is designed to give owners of Ford and Lincoln vehicles from model years 2010 to 2017 connectivity features that weren’t available when their cars were new, including smartphone control of locking and unlocking, vehicle health reports, vehicle location tracking, and onboard Wi-Fi. These cars don’t have those features because they don’t have the built-in modems Ford uses for connectivity.

Developed in concert with Aptiv (formerly the automotive supplier Delphi automotive) and Verizon Connect, the SmartLink device itself enables 4G LTE connectivity, and plugs into a car’s OBD II port. These ports are standard on all cars sold in the U.S., and were designed to allow a car’s computer to interface with diagnostic equipment. A host of electronics companies, including Verizon, have developed so-called “dongles” to exploit that connection.

FordPass SmartLink launches later this year, priced starting at $17 a month for 24 months, plus installation, for both the device and the telematics services that enable smartphone-controlled key fob functions (such as locking and unlocking the car), vehicle location tracker, and vehicle health reports. Those reports may generate more business for Ford dealers, who will also likely install the devices, so they will probably love SmartLink.

The monthly fee also includes a complimentary Verizon 4G LTE Wi-Fi hot spot trial, with 1 gigabyte or 30 days of data (whichever comes first). Once the trial expires, users can continue to get in-car Wi-Fi by adding their SmartLink device to an existing Verizon data plan, or creating a new one. It’s the same procedure as getting data access in a car with a built-in modem.

For existing Ford customers who want more connectivity, FordPass SmartLink might be an attractive option. Others might not see the benefit of paying for something that makes it easier to harvest data from their vehicles, and nags them about oil changes. Ford may be the first large automaker to try something like this on a large scale, so it will be interesting to see how people react.

Instagram is experiencing issues and appears to be down