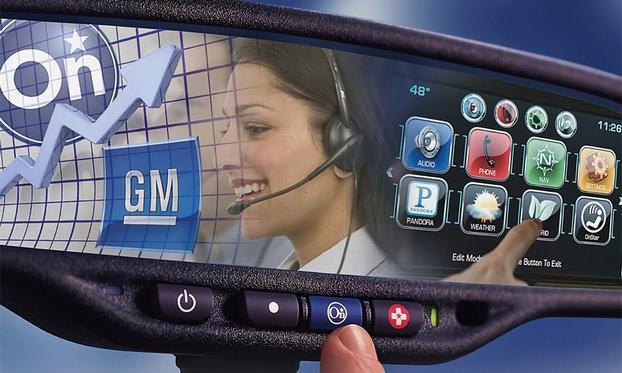 If there‘s one thing that will lead a company to invest more in telematics, it’s turning a profit from the technology and an eagerness to, of course, make more money.

That being the case, you can just about expect a lot more high-tech car features to roll out of General Motors over the next few years.

According to Automotive News, analysts estimate that OnStar’s revenues are now about $1.5 billion annually, with a margin of 30 to 35 percent, which is roughly five times the 6.2 percent margin from GM’s first-quarter adjusted earnings before interest and taxes in North America − where the telematics unit does most of its business.

Naturally, GM wants to add to those numbers.

Of course, the move to build on OnStar’s success has already been underway with the automaker’s new partnership with AT&T to provide 4G LTE connectivity.

GM plans to use the technology to expand it high-tech offerings with features like custom apps, streaming entertainment and enhanced diagnostic links to dealers. OnStar COO Terry Inch says the addition of 4G will put GM ahead of a lot of carmakers when it comes to technology features, according to the Automotive News article.

The U.S. based carmaker is even considering ways to provide the 4G services globally and possibly folding OnStar subscription fees into a data plan attached to a cellular bill, with options for different service levels.

In addition to the more typical online services such as streaming music, Ross says new tech features could also include potential apps that direct consumers to available parking spots, finds the cheapest fuel or helps to map out the best route for a multi-stop trip.

The GM infotainment head said new technology elements could even enable drivers to opt for a feature where an automaker could inform an insurance company of monthly miles driven to qualify the vehicle owner for cheaper, low-mileage insurance.

GM already has an OnStar app that allows car owners to participate in RelayRides, a car-sharing service in which they can rent their vehicles for short periods of time, all of which drastically changes the scope of car connectivity.

I guess that’s why an OnStar exec just smiled some years ago when I asked if there would ever be a point in which an individual would be able to start their car with a voice command, map out a route and download music for the drive – all from inside their house using GM’s telematic’s unit.

Apparently, some of the ideas were already in the works.

The growing list of tech companies’ responses to the Ukraine War