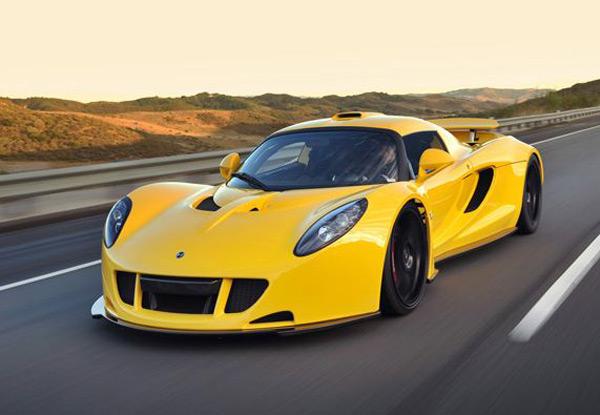 Not every car company has a dazzling world headquarters and legions of employees. Some are small and obscure, and for good reason. They make cars that are too extreme, or too weird, for mainstream tastes. These “boutique carmakers” are the products of singular (sometimes misguided) visions, and cater to customers with a desire to stand out, and who also have plenty of cash. In this three-part series, we’ll take a closer look at some of these companies and the cars they produce.

Shelby Supercars: This speed merchant, otherwise known as SSC, was founded in 1999 by Jerod Shelby (no relation to Carroll Shelby of Cobra fame) and is headquartered in Tri-Cities, Washington. SSC holds a distinction that would make Ferrari envious: for a brief period, it made the fastest production car in the world.

Powering the Ultimate Aero to those immense speeds is a 6.3-liter twin-turbocharged V8, making 1,287 hp and 1,112 lb-ft of torque. That gives the 2,750-pound Ultimate Aero a power-to-weight ratio of 2.14 lbs/hp, which the company says is a production car record.

The nearly-fastest car in the world comes with a $770,000 price tag, including amenities like navigation, a lift system for the ground-hugging front end, and a rearview camera.

SSC isn’t stopping there, though. The company is ending production of the Ultimate Aero with a limited run of five 1,300 hp XT models, which will pave the way for a new car called the Tuatara.

Hennessey Performance: Sometimes working on other people’s cars is the best way to figure out what you want out of your own. Hennessey has been tuning everything from Vipers to Nissan GT-Rs since 1991, usually adding forced induction to make big power.

At some point, the monster makers at Hennessey decided that tuning wasn’t enough, and set out to build their own car: the Venom GT.

Granted, that face might look familiar to car enthusiasts, because the Venom GT is based on the Lotus Elise/Exige, the British sports car that also serves as the foundation for the Tesla Roadster.

Instead of batteries, Hennessey decided to fill its Elise chassis with the 7.0-liter V8 from a Corvette ZR1. That already-impressive powerplant gets a pair of massive tubochargers, resulting in 1,244 hp and 1,155 lb-ft of torque. All that power is controlled by the driver’s hand and foot via a six-speed manual transmission.

With a power-to-weight ratio of 2.2 lbs/hp, the Venom GT can claim some pretty impressive numbers. It can accelerate from a standstill to 60 mph in 2.5 seconds, and Hennessey says, in theory, it will keep going until it hits 272 mph.

The Venom GT also carries an extreme price tag: $895,000. Some people might think spending that much on a hot rod Lotus is crazy, but how many cars can out accelerate a Bugatti Veyron 16.4, and do it so outrageously?

Mosler Automotive: As American supercar builders go, Mosler is the grandaddy. It began in 1985 as Consulier Industries, founded by hedge fund manager Warren Mosler. The company’s first car, the Consulier GTP, dominated the IMSA Supercar Series. After IMSA got sick of an ugly car no one had ever heard of beating well-known brands like Porsche, it was banned.

Fast forward to 2012, and Mosler is still building race-ready cars. The current MT900S Photon looks like a kit car, but it goes like a bat out of hell. The Photon weighs about as much as a Mazda Miata, but it sports a 7.0-liter V8 with 530 hp and 515 lb-ft. The power flows through a six-speed manual transmission.

No hard and fast numbers exist for the MT900s Photon, but the car is rumored to be able to hit 60 mph in the two-to-three second range, and reach a top speed of over 200 mph.

The Photon starts at $394,500; for that price buyers get air conditioning but the windows don’t roll down. Mosler shouldn’t have trouble meeting its production estimates though, because the company will only build one per year. Talk about exclusive.

Callaway Cars: Based in Old Lyme, Connecticut, Callaway started out as a tuner of Corvettes and other sports cars. Like Hennessey, the company modifies cars so thoroughly that it decided to take a crack at building its own.

Callaway’s current offering, the Callaway C16 is based on the current (C6) Corvette. It’s available as a coupe, convertible, or a retro-style speedster with no roof and vestigial front windscreens.

Under the hood is a 6.2-liter V8 based on a stock Corvette motor. It produces 650 hp and 600 lb-ft of torque, a number that seems slightly less impressive with Chevy’s own 638 hp Corvette ZR1 on the prowl.

That is only half the story, though. Equipped with a six-speed manual transmission, the C16 will do 0 to 60 mph in 3.3 seconds, and reach a top speed of 207 mph.

The C16 needs to be fast, because Callaway styles it as an alternative to established supercars like the Ferrari 599 GTB Fiorano. The V12-powered Ferrari also does 0 to 60 mph in 3.3 seconds, and has a top speed of 206 mph.

That sounds like “mission accomplished,” for now. Ferrari is replacing the 599 with the F12berlinetta, so Callaway’s Nutmegger engineers had better get working on something new.

Conquest Vehicles: Our last entry in the NAFTA sphere comes from the Great White North. People stereotype Canadians as easy-going pacifists, but they’ve obviously never met the armorers at the appropriately-named Conquest vehicles.

Conquest builds the Knight XV, a giant SUV that dwarfs Hummers and is powered by a 6.8-liter V10 from Ford. It can also stop a bullet.

The Knight XV is built with integral armor, including windows made from ballistic glass and a body crafted from a combination of high strength steel, aluminum, and composite materials. Conquest designed the Knight XV as an armored vehicle, rather than adding armor to an existing design.

Other fun options include a Forward-Looking Infrared (FLIR) night-vision camera, electrostatic window tinting, and a ballistic run-flat tire system, in case your daily commute includes run-ins with Bane and the League of Shadows.

Buyers can also specify a flat-screen television with satellite hookup, a limo-style bar, and a cigar humidor. Being shot at doesn’t mean you can’t enjoy yourself, after all.

For those who want the feel of urban assault vehicle with even more luxurious accommodations, Conquest will soon offer the Evade. Lacking the Knight XV’s armor, the Evade “carefully blends military inspired design cues with elegant and rich finishes,” according to the company.

The coolest police cars from around the world
In McLaren’s 600LT Spider, the engine is the only sound system you’ll need
The 10 most droolworthy concept cars of the year, and 1 big cringe
With lessons learned from racing, Mercedes-AMG takes GT R sports car to next level
Uber says it’s investigating ‘cybersecurity incident’
Nvidia’s Drive Concierge will fill your car with screens
The Uber hack is an outrageous tale of a teen hacking for fun
Tesla to fix window software on 1M of its U.S. cars
Lux and refreshingly livable, Mercedes’ EQE moves EVs mainstream
How to watch Tesla’s AI Day tonight and what to expect
2023 Audi Q4 E-Tron first drive: the predictable and traditional EV SUV we need
We need more 7-passenger EVs, but the 2023 Mercedes EQS SUV has room to improve
Tesla AI Day 2022: Optimus, self driving cars, and everything else announced