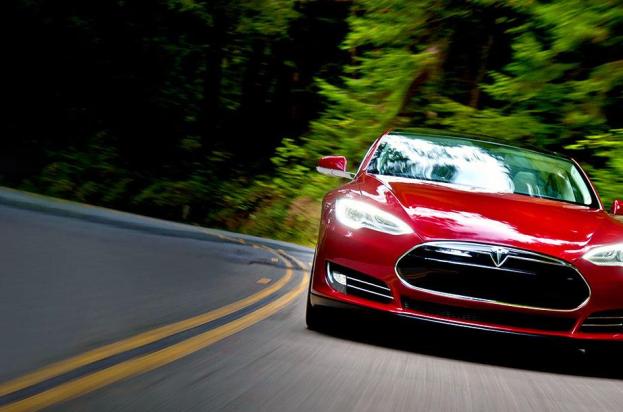 Last weekend, I rented the Tesla S from Club Sportiva, a car club that provides exotic and semi-exotic car rentals to its members. I had a great time, but I wouldn’t buy a Tesla S. Before buying any electric – and the Tesla is by far the best of what is out there – you should drive one for a couple days. You may find you love it, but you may also find, as I did, that chargers are too few, too difficult to find, and too inconveniently placed to make this work yet for you. But that’s not why I wouldn’t buy the Tesla S.

Before I get into my reasons for not buying, let’s first touch on this truly amazing car.

From the instant you walk up to the Tesla S and the door handles motor out of the door, you know this isn’t going to be like any other car you’ve ever driven. You open the door and the air conditioner has fired up, and your music is already playing. You put your foot on the brake, shift into gear, and you are off and running. There is no “start” button. When you arrive, you just get out of the car; it turns itself off and locks up as you leave.

From the instant you walk up to the Tesla S… you know this isn’t going to be like any other car you’ve ever driven.

I had the performance version, which is wicked quick, and likely shouldn’t be driven by the faint of heart or young drivers (particularly teenage boys if you want them to reach adulthood). We actually had a little race with the high-end V8 version of the new Jaguar F-Type, and it was quicker, but it is also a handful under full throttle and the first time I stomped on the gas (electricity) pedal I almost became a statistic.

The 20-inch LCD screen in the center console and driver gauge screen are amazing, but they can also be a bit of a distraction at first. There’s tons of stuff to play with, and there’s a reasonably good chance you could end up in someone’s trunk if you don’t leave your exploration to those times when you aren’t physically moving. All the functions are active while you drive, so a small child with busy fingers could land you in a world of hurt (my wife accidentally almost tossed me into the back seat). There is an optional third row kids’ seat for the trunk area, which is one of the most brilliant ideas about this car, because there is plenty of room back there for toys.

Speaking of trunks, the car has two of them, and its capacity probably rivals a small minivan. However it is bigger than my SUV, so be aware that it isn’t the easiest thing to park or fit in a garage (it just barely squeaked into mine).

Just a quick note on status: In Silicon Valley there are a lot of Tesla S cars on the road and I didn’t figure mine would pull much attention. I couldn’t have been more wrong, I had people following taking pictures, folks approaching me while I was hooking up the chargers, and I could see people checking the car out in the parking lots. It drew attention wherever it went as if it were a supercar. People would even drive by, smile and wave. If you are buying a car for status, at least here in California, this car seems to produce a ton of it.

In search of power

This car is best for a defined commute; it really isn’t an ideal car to take a trip in. Of course, that is what we did. We took about a 200-mile (round trip) jaunt to see a new Blu-Home (high-end green manufactured house). Despite the advertised 285 mile range, it was clear early on that we wouldn’t have enough battery, so we drove to the local Tesla store to charge up. The one Tesla S charger was in use, the generic charger was in use, the 240-volt socket didn’t match the Tesla’s 240-volt plug, and someone had stolen the adapter for the remaining Tesla roadster charger. We were SOL (technical term). After a nice chat with the Tesla folks at the store – they remind me a lot of the Apple store folks, very nice and well informed but often can’t do anything to really help you – we were off on our adventure.

First problem: Find someplace for lunch that has a charger. We found a shopping center with two chargers, both open. They took an RFID card, which we didn’t have, but they didn’t seem to care, so we charged while we ate. It wasn’t charged enough when we were done, though, so after visiting the house we went and saw Superman (great movie by the way) at a theater that had a charger. This did require the credit card, but we were able to log into the website, enter our credit card information, and we were charging again. The movie theater, in Napa Valley, had wine, good wine, and that added to the experience. After we came out the car had enough juice for us to get home with about 45 miles to spare. Charging the car overnight on 110 (an owner would have a 240 socket installed) we had enough juice to drive to Gilroy and try and a Super Charger. These are free from Tesla, and in around 2 hours the car was at maximum capacity (it likely got there faster, but these chargers are at an outlet mall and we had to shop, I think that is the 11th commandment).

So why wouldn’t I buy a Tesla S?

The reason isn’t really the power issue. That was a pain, but with a charger in my house that charged quickly, and more Super Chargers to come I would have been close to OK with the power (we have several cars).

… I’m not a large sedan guy. I don’t have kids, and I mostly drive alone or with my wife.

The problem for me is I’m not a large sedan guy. I don’t have kids, and I mostly drive alone or with my wife. So a smaller sedan, an SUV for those times I need to haul things, or a sports car are my vehicles of choice, and the S isn’t any of these. Also, the Tesla S I drove cost about $110,000, and that’s a lot of money for a car. For that kind of money, it really needs to be the type of car I really want, and a big sedan isn’t that type.

Tesla has three cars coming that interest me, though. The Tesla X, which is an SUV version of the S, a smaller crossover, and a new sports car. Any of these fits the way I drive better, and I understand the X is due next year with the others due in 2016 or 2017, when they will also be more affordable. There is even a small sedan (here’s one designer’s vision of that car) coming in 2015, which also looks interesting. By then Tesla plans to have a huge number of Super Chargers installed, and I may just become a Tesla owner. For now, for the right kind of driver, the Tesla S is a truly amazing car. If you ever get the chance, don’t pass up driving one.

Topics
Sporty Polestar 3 SUV is an EV guiding star
Elon Musk reveals first delivery date and customer for Tesla Semi truck
2023 Audi Q4 E-Tron first drive: the predictable and traditional EV SUV we need
Tesla to fix window software on 1M of its U.S. cars
Jeep is launching its first two electric SUVs in the U.S. in 2024
2024 Chevrolet Equinox EV aims for affordability with $30,000 base price
Cruise’s robot taxis head to Arizona and Texas
Uber says it’s investigating ‘cybersecurity incident’
Nvidia’s Drive Concierge will fill your car with screens
The Uber hack is an outrageous tale of a teen hacking for fun
Lux and refreshingly livable, Mercedes’ EQE moves EVs mainstream
How to watch Tesla’s AI Day tonight and what to expect
We need more 7-passenger EVs, but the 2023 Mercedes EQS SUV has room to improve