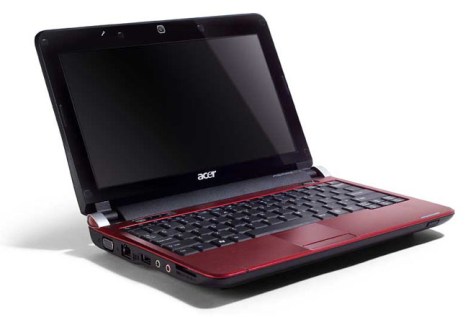 New best friends Acer and Google are teaming up again, this time to produce a Chrome OS netbook. According to DigiTimes, Acer chairman JT Wang says he thinks his company will be the first to boast an official Chrome OS device sometime in mid-2010. Wang admits Acer has been working hard on a Chrome OS device of some sort since early 2009 and is confident they will have one out soon. Acer’s Google Android-based netbook, the Aspire One AOD250, hasn’t had the bounty of demands it was expected to, the company still plans to move ahead with the manufacturing of more non-Microsoft-based netbooks and device.

Engadget profoundly notes that this announcement is only partially new since Google said when launching its Chrome OS that it planned on having devices out by the second half of 2010. Acer is the first to announce its Chromium OS netbook plans, but we suspect there will be many more follow in the coming months.

Topics
Best microSD cards in 2023: top picks for your computer, camera, or drone
The best Chromebooks for 2023
Wi-Fi not working? Here’s how to fix the most common problems
Best laptop deals: Save on Apple, Dell, HP and Lenovo
Apple Reality Pro: everything we know about Apple’s VR headset
What MacBooks needs to learn from competitors about transparency
Best Apple Deals: Save on AirPods, iPads, MacBooks and more
You’ll be surprised how cheap this 27-inch QHD monitor is today
We now know how Apple’s VR headset may handle video, and it’s pretty awesome
Best HP laptop deals: HP Envy, HP Spectre x360, and more
The first RTX 4080 laptops are much cheaper than we expected
Intel targets RTX 3060 takedown with Arc Alchemist price cut
Perfect for school, this 14-inch laptop is discounted to $150 today