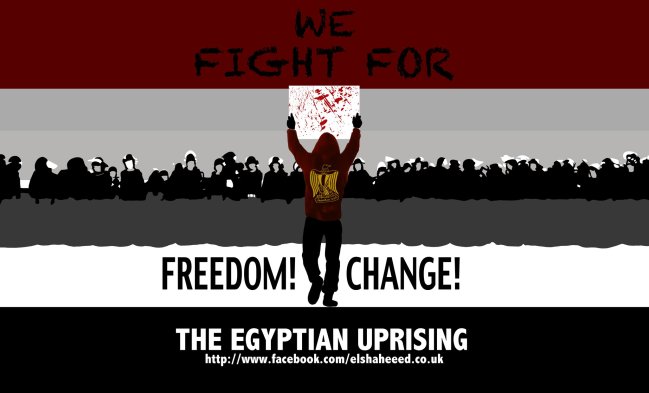 A man in Egypt has named his newborn daughter ‘Facebook’ in honor of the social network’s role in the recent Egyptian revolution, according to an article that appeared in the Egyptian newspaper Al-Ahram that was translated by TechCrunch.

“A young man in his twenties wanted to express his gratitude about the victories the youth of 25th of January have achieved and chose to express it in the form of naming his firstborn girl “Facebook” Jamal Ibrahim,” the Al-Ahram article read. “The girl’s family, friends, and neighbors in the Ibrahimya region gathered around the new born to express their continuing support for the revolution that started on Facebook.”

Following the restoration of the Internet in Egypt after an initial five-day blackout, social media outlets Facebook and Twitter became instrumental in organizing the protests held in Cairo’s Tahrir Square and beyond. After nearly three weeks of protests, Egypt’s then-president Hosni Mubarak resigned from office, in large part due to the efforts of the country’s younger, tech savy “Facebook Generation.”

Google marketing executive Wael Ghonim was elevated to hero status after being detained by Egyptian authorities for his role in assisting pro-democracy activists, including aiding in the creation of the Facebook page “We are Khaled Said.”

With social media-fueled anti-establishment protests spreading across the Middle East, it may not be long until we hear of a boy named “Twitter.”