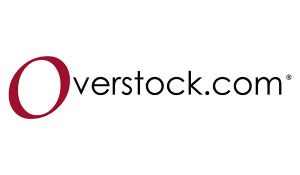 Earlier this month, Google had to get tough with JC Penney after it was revealed that the retailer had gamed Google’s algorithm to artificially boost its search result ranking. Soon after the ploy was uncovered, JC Penney found that in certain search categories where it had previously appeared as the top result, it was now listed several pages farther back — as far back as the seventh page in some instances. Now, it appears that Google has sent another company to bed early without any supper for manipulating its search result rankings.

Overstock, a web-based discount product retailer, previously appeared as a top result for a number of search queries, including “vacuum cleaners” and “laptop computers,” The Wall Street Journal reports. But earlier this week, it was discovered that many of those links had slipped back several pages in Google’s search results — dealing a big blow to Overstock’s visibility on the world’s number one search engine.

According to Overstock, its links slipped after the company employed a search engine optimization (SEO) technique to help boost its search ranking. The company says it encourage colleges and universities, which typically have an “.edu” domain name, to post links to Overstock pages, in return for product discounts for students and faculty.

Google reportedly gives more weight to “.edu” websites than “.com” websites when compiling its search result rankings. Therefore, a commercial site like Overstock can see its search ranking climb when a highly regarded academic site links to it.

“Google has made clear they believe these links should not factor into their search algorithm,” said Patrick Byrne, Overstock’s chief executive, in a statement to The Wall Street Journal. “We understand Google’s position and have made the appropriate changes to remain within Google’s guidelines.”

Overstock said it stopped asking academic institutions to post links to its pages on February 10, but some websites may be slow to take down the links. Google has not offered a comment on the situation.

How to add external games to your Steam library
How to use clipboard history in Windows
This new Windows 11 feature will help you protect your passwords
How to use Google Spaces
Google’s new privacy tool lets you know if your personal info was leaked
Nullmixer is a nasty, new Windows malware dropper
How to leave a team on Microsoft Teams
Nvidia addresses the rumors about the RTX 40 GPUs’ power consumption
Intel says Moore’s Law is alive and well. Nvidia says it’s dead. Which is right?
Best Microsoft Surface Pro deals for October 2022
Logitech’s new Mac accessories are customizable, functional, and undeniably pretty
Adobe adds AI magic to Photoshop and Premiere Elements
DLSS 3 could boost your gaming performance by up to 5x