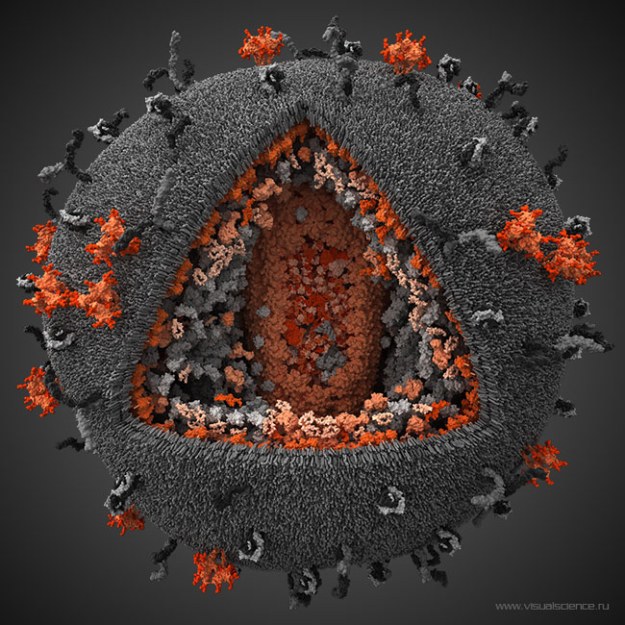 One of the most annoying aspects of Internet life may prove to be key in eradicating one of the most challenging viruses in real life. Apparently, Microsoft’s spam filtering research may prove beneficial in the fight to ban HIV from our bodies. The software giant says it is teaming up with members of the Ragon institute to take on HIV by supplying computing resources as well as MSR’s experience building email spam filters.

The first thing you’re probably wondering is how HIV and email spam are connected. Well, the way the immunodeficiency virus constantly mutates in order to avoid our immune system’s defenses is how we end up with 1.8 million HIV related deaths annually—that’s around 5k daily. Similarities were found with the viruses’ elusive nature and the way spammers evolve their tactics to climb over spam filters for Hotmail, Outlook and Exchange.

The Ragon Institue, led by Bruce Walker, is a collaborative effort against AIDS between Harvard, Massachusetts General Hospital and MIT. Ragon, along with the Centre for the AIDS Programme of Research in South Africa and the KwaZulu-Natal Research Institute for Tuberculosis and HIV, have been testing a vaccine in Durban, South Africa which has been generating a humungous amount of data.

Microsoft has been lending David Heckerman and Jonathan Carlson from MSR to the task of computing all that data. Heckman previously worked on building email spam filters. The two use a tool called PhyloD which contains an algorithm that details virus patterns, allowing the team to track how individual immune systems interact with the virus.

Using Microsoft’s computing center, Heckman and his team have discovered close to six times as many attack points on the HIV virus as there were before. Further good news is that, according to Bruce Walker, all of this research can be applied to breast and prostate cancer, and could very well change the landscape of how medicine is practiced.

The flu is poking holes in hospital cybersecurity, and a shot can’t save you
Biometric authentication may soon be only a heartbeat away
IBM puts its supercomputing skills to work in fight against Ebola
Google Site Tracks Flu Spread
Lenovo Legion i7 gaming PCs and laptops both got massive discounts
Lenovo’s ThinkVision ultrawide curved monitor is 40% off today
When is the best time to post on Facebook?
The classic Macintosh was just redesigned by AI — and it’s beautiful
How to use clipboard history in Windows
Best gaming monitor deals for October 2022
How to add external games to your Steam library
Nreal’s Air AR glasses head to the U.S., ready to rock with iPhones
Three ultra-rare RTX 4090 GPUs are hidden in Cyberpunk 2077