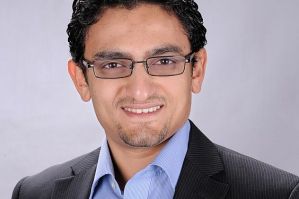 Missing Google marketing executive Wael Ghonim has been released from Egyptian custody, according to the U.S. State Department.

The report confirms earlier news that Ghonim was being detained by government authorities in Egypt, and would be released today.

Mr. Ghonim disappeared on January 28, amidst protests in Cairo, Egypt, and the five-day Internet blackout that followed. The Google executive was reportedly one of the primary leaders in the movement of Internet activists who sparked the wave of protests that continue to rock Egypt’s political system. He is also believed to be the anonymous host of the Facebook page that first called for protests to begin on January 25.

Google had been actively searching for Ghonim since February 1, when they released a public statement, which included a phone number to call, if anyone had information about their employee’s whereabouts.

After reports that he’d gone missing went public, Ghonim quickly became a symbol of the anti-government movement in Egypt. Video of Ghonim reportedly being detained by Egyptian plainclothes officers, which was posted by Al Jazeera English to its website on February 5, further elevated his status as a hero in the Middle Eastern country’s movement to establish a democratically elected government there.

Mr. Ghonim is said to be just one in a group of technology consultants who voluntarily worked for Egyptian opposition leader Mohamed ElBaradei. At least seven of those in the group, aside from Ghonim, were detained by authorities, and subsequently released.

Followers and fans of Mr. Ghonim are anxiously awaiting a message from him via his Twitter feed, which has remained silent since an ominous January 27 post that read: “Pray for #Egypt. Very worried as it seems that government is planning a war crime tomorrow against people. We are all ready to die #Jan25”

DuckDuckGo calls out Google privacy update for ‘creepy advertising’
Same cesspool, different stench — welcome to Elon’s Twitter
Google has a new plan to replace cookies. Will it work?
Google makes important Workspace change to prevent phishing
Lenovo Legion i7 gaming PCs and laptops both got massive discounts
Lenovo’s ThinkVision ultrawide curved monitor is 40% off today
When is the best time to post on Facebook?
The classic Macintosh was just redesigned by AI — and it’s beautiful
How to use clipboard history in Windows
Best gaming monitor deals for October 2022
How to add external games to your Steam library
Nreal’s Air AR glasses head to the U.S., ready to rock with iPhones
Three ultra-rare RTX 4090 GPUs are hidden in Cyberpunk 2077