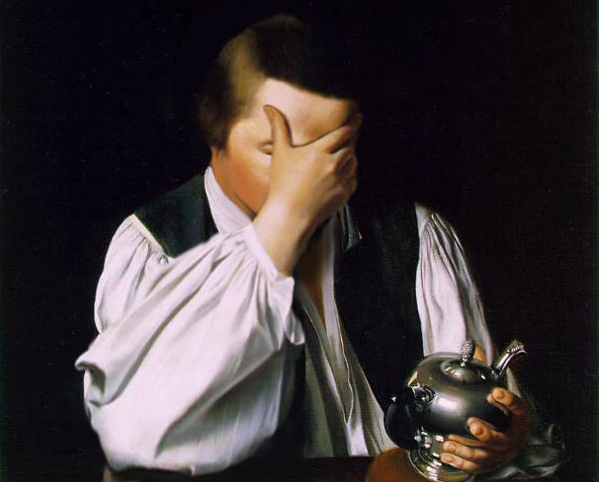 Following in the footsteps of Bill & Ted or Marty McFly, Sarah Palin supporters have decided to change the past and they’re using Wikipedia as their flux capacitor.

Last week the former Alaskan governor made an inaccurate comment about Paul Revere’s iconic ride through Boston. According to her, Paul Revere rode and rang his bell, proclaiming to the British that the colonials were ready to fight. However, the accurate version involves a midnight run to warn the colonists in Massachusetts that the British were coming. His mission was also a secret one (like a ninja), though Longfellow can make it seem like it was a loud message.

When confronted about her mistake, she tried to wave it away by calling it a “gotcha question”. She also tried holding on stubbornly to the idea that she was a little bit right, telling Fox News, “I didn’t mess up about Paul Revere. Part of his ride was to warn the British that we’re already there-that…you are not going to beat our own well-armed persons, individual, private militia that we have.”

ReadWriteWeb points out that she was right about the words, but she was confused about when Revere said them. Revere did tell the ‘Regulars’ America was ready to fight, but it was not the same event as his ride. He was captured by the British at the time, with guns point at him—not on horseback.

Charles Johnson over at littlegreenfootballs noted that her followers’ “blind dedication” has led them to edit the Wikipedia page for Paul Revere to make it seem as if her comments were justified. This has began a back and forth of revising for the Wikipedia page. At many points, the revision history announces: “Beware Tea Party editors placing dubious language to support Sarah Palin’s revision of American History”.

Not to worry though, Head of Wikipedia Communications Jay Walsh assures us that the article is now in semi-protection and can only be changed by those with older registered accounts.