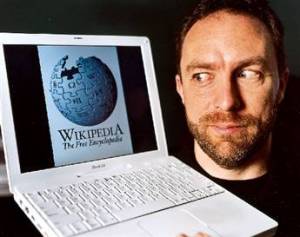 While speaking at an event in Bristol, England celebrating Wikipedia’s 10th anniversary, founder Jimmy Wales decided to speak out against the concept of app stores on computers and cell phones, reports Tech.Blorge. Wales claimed that stores like the iTunes App Store can become a “choke point that is very dangerous” and that the app store model may be ” a threat to a diverse and open ecosystem,” adding that “we own [a] device, and we should control it.”

Wales went on to say that the threat of app stores were greater than issues over net neutrality, which still largely remains hypothetical. He added that elements of the net neutrality debate are “highly overblown,” but that it remains a complicated issue.

It should be noted that Wikipedia has had its own mobile apps through Bonfire Media for several years now, even preceding the Apple App Store.  Do you think app stores are a threat to the Web?

On a less controversial note, Wales hopes to improve the diversity of Wikipedia contributors. He noted that 87 percent of contributors are male, have an average age of 26, and have double the rate of PhDs than the general population. He hopes to make editing and adding content simpler and easier.

Wikipedia currently has 17 million articles (3.5 million in English) and is the largest encyclopedia ever made, yet it remains a nonprofit site with 57 paid employees. About a thousand articles are added to Wikipedia every day (and that’s just in English) and edited by about 100,000 volunteers.

Wales has recently taken up the spotlight more often, even appearing on every page of Wikipedia in a plea for donations. Some have criticized the donation begging, claiming that Wikipedia needs to use its current funds ($16 million this year) more efficiently.

This ChatGPT scam duped thousands of people into downloading fake app
The best AI image generators to create art from text
How to use split screen on your Chromebook
Reddit Recap: how to see your Reddit 2022 year in review
Intel targets RTX 3060 takedown with Arc Alchemist price cut
Perfect for school, this 14-inch laptop is discounted to $150 today
One of the best HP laptops you can buy is $250 off right now
Samsung’s 49-inch Odyssey G9 gaming monitor is $600 off today
GPU prices and availability (February 2023): how much are GPUs today?
The best PC power supply for 2023
ChatGPT has a new way to detect its own plagiarism
Samsung Galaxy Book 3 Ultra vs. MacBook Pro 16-inch
The Galaxy Book 3 Ultra is Samsung’s most powerful laptop ever