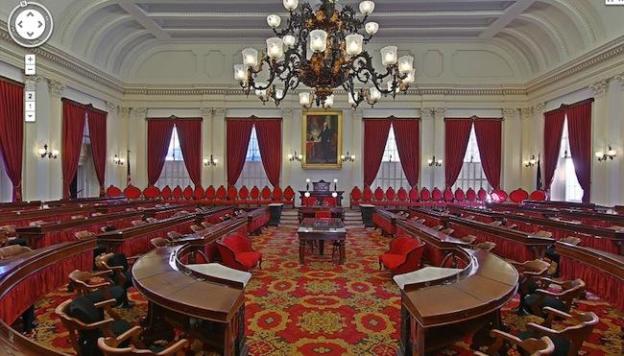 It seems that Google Street View’s large collection of image-capturing contraptions has been busier than usual just lately, with the Web giant on Thursday announcing new ground-level imagery for a whopping 1001 destinations around the world, none of them covered before.

The new data sees Google continuing to expand its comprehensive Street View coverage to a slew of locations, including everything from historical landmarks to sports stadiums.

In a blog post announcing the update, Street View program manager Deanna Yick highlighted some examples of the new imagery from places across the globe, including Asia, Europe, Latin America, the US and Canada.

The Mountain View company’s camera-laden cars appear to have been left in the parking lot this time around, with much of the new data covering off-road locations requiring the use of the Street View trike or specially designed Trekker backpack.

Singapore’s pretty Marina Bay Waterfront gets the Street View treatment, as well as the city-state’s Fullerton Heritage Promenade. You can even make a virtual trip to its zoo.

The East Coast of the US gets some special attention with new locations including the Mark Twain House & Museum in Hartford, CT, the Isaac Bell House in Newport, RI, the Cape Henry Lighthouse in Virginia and the historic Vermont State House (above).

Lots of Canadian theaters have made it to Street View with the latest update, including the Shaw Festival Theatre, Edmonton’s Citadel Theatre, Manitoba Centennial Concert Hall, Roy Thomson Hall and the Four Seasons Centre for the Performing Arts, home of the Canadian Opera Company.

For armchair travelers looking to drop by Europe for an hour or two, Seville Cathedral (below) in southern Spain may be of interest, or how about a boat trip down the canals of Copenhagen in Denmark?

All in all it’s an impressive update, with Google seemingly determined on ensuring stay-on-the-sofa vacationers are never short of an idea or two for their next trip.

The Web company recently announced it had been gathering data from the Galapagos Island for Street View, which it plans to add to its service in the coming months.

Topics
Google Earth View highlights surreal scenes from around the globe
Explore the other 70 percent of the Earth’s surface with Google Ocean Street View
You can now hunt for the Loch Ness monster with Google Street View
Google coughs up $2,250 for showing a woman’s cleavage in Street View
GPU prices and availability (February 2023): how much are GPUs today?
The best PC power supply for 2023
ChatGPT has a new way to detect its own plagiarism
Samsung Galaxy Book 3 Ultra vs. MacBook Pro 16-inch
The Galaxy Book 3 Ultra is Samsung’s most powerful laptop ever
Nvidia may have another monster GPU in the works, and the price could be outrageous
AMD’s Ryzen 9 7950X3D pricing keeps the pressure on Intel
What is ChatGPT Plus? Everything we know about the premium tier
ChatGPT Plus to bring priority access during peak times — at a hefty price