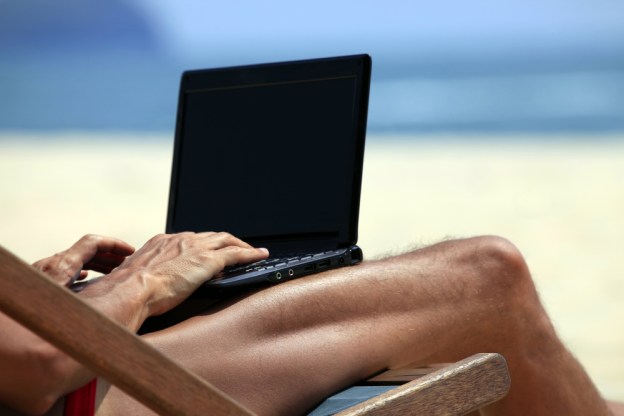 Wannabe fathers might want to take note, as according to research carried out by scientists from the US and Argentina, extended use of a laptop placed on your lap with Wi-Fi switched on could damage sperm.

In an experiment, sperm samples from each donor were separated into two pots, a BBC report explained. One was placed close to a laptop with the Wi-Fi function activated and left for four hours, while the other was placed in the same environmental conditions except this time there was no laptop present.

At the end of the experiment, the scientists discovered that 25 percent of the sperm that had been left with the laptop had given up the fight (ie. stopped swimming about) and had also undergone changes in their genetic code. For the sperm without the laptop, the non-swimmer figure was 14 percent.

While the scientists acknowledge that heat can damage sperm, they believe it isn’t this causing the adverse effect. Instead, they believe electromagnetic radiation may be the culprit.

Their findings are published in the respected Fertility and Sterility journal. “Our data suggest that the use of a laptop computer wirelessly connected to the internet and positioned near the male reproductive organs may decrease human sperm quality,” the scientists wrote in their report.

President of the Society for Male Reproduction and Urology, Robert Oates, questioned the findings, telling Reuters, “This is not real-life biology, this is a completely artificial setting. It is scientifically interesting, but to me it doesn’t have any human biological relevance.”

To maintain healthy sperm, Oates said “staying lean, eating healthy foods, exercising, not taking drugs and not smoking” are the most important factors.

Clearly, more research needs to be done to establish whether using a laptop on your lap for an extended period of time has any effect on sperm.

Of course, some common sense is required when using a hot laptop close to your particulars. The BBC reports the case of an unfortunate man who “burnt his penis after using a laptop resting on his lap for a long time.” But such an incident does rather beg the question: why didn’t he remove the laptop before the burning sensation started?

Advice: If you have to use your laptop in the nude, best keep it away from your private parts.

Doing work in VR never made sense, and now we know why

Is 5G dangerous? We asked an expert

Your next laptop may have a haptic touchpad, and that’s good