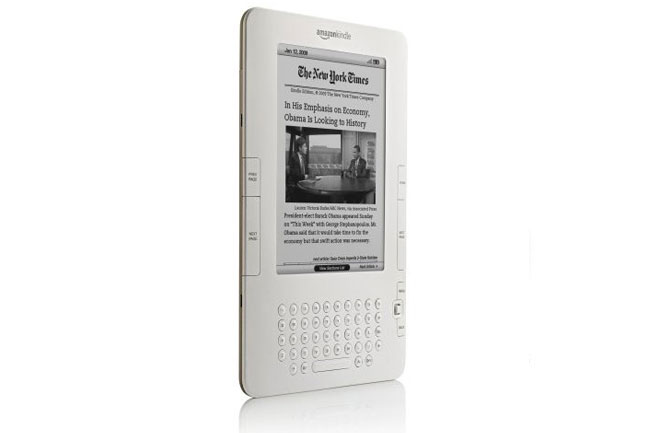 Amazon’s Kindle can read books aloud, but if you’re blind it can be difficult to turn that function on without help. Now two universities say they will shun the device until Amazon changes the setup.

The National Federation of the Blind planned to announce Wednesday that the University of Wisconsin-Madison and Syracuse University won’t consider big rollouts of the electronic reading device unless Amazon makes it more accessible to visually impaired students.

Both schools have some Kindles that they bought for students to try this fall, but now they say they won’t look into buying more unless Amazon makes changes to the device.

“These universities are saying, ‘Our policy is nondiscrimination, so we’re not going to adopt a technology we know for sure discriminates against blind students,'” said Chris Danielsen, a spokesman for the National Federation for the Blind.

Amazon.com Inc. spokesman Drew Herdener said many visually impaired customers have asked Amazon to make the Kindle easier to navigate. The company is working on it, he said.

According to the National Federation for the Blind, there are about 1.3 million legally blind people in the U.S. Many more people have other disabilities such as dyslexia that make it difficult to read.

The Kindle could be promising for the visually impaired because of its read-aloud feature, which utters text in a robotic-sounding voice. For blind students in particular, the Kindle could be an improvement over existing studying techniques — such as using audio books or scanning books page by page into a computer so character-recognition software can translate it for a text-to-speech program.

But activating the Kindle’s audio feature probably requires a sighted helper, because the step involves manipulating buttons and navigating choices in menus that appear on the Kindle’s screen.

The federation says the device should be able to speak the menu choices as well.

Electronic books still make up a small portion of the overall book market, but it’s a fast-growing segment. In hopes of getting even more people to try the Kindle, Amazon released the $489 Kindle DX this year, which has a large screen and is geared toward textbook and newspaper readers. The company then worked with several colleges to give out Kindles this fall with digital versions of their textbooks on them.

The Federation for the Blind sued one of the schools that participated in this pilot program — Arizona State University — in June, along with the American Council of the Blind and a blind ASU student, arguing it was discriminating against blind students. That case is ongoing.

The group also filed complaints with the Department of Justice against five other schools that are participating in the Kindle trial with Amazon. Wisconsin and Syracuse are not among those schools.

Ken Frazier, director of Wisconsin-Madison’s library system, said the library bought 20 Kindle DX devices for use in a history class this fall. Though he’s not sure how many blind students are at his school, he said many students have difficulties reading texts for various reasons, such as learning disabilities.

“Our experience is that when you make technology accessible, everybody benefits,” he said.