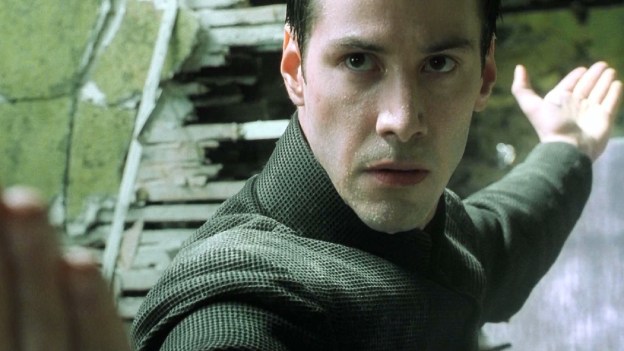 Often the stuff of science-fiction fantasy, instant learning via digital communication with a subject’s brain (a la The Matrix) is not only possible, but scientists have already had some success with test subjects.

Dubbed “Decoded Neurofeedback,” the computer-assisted learning hasn’t taught anyone kung fu (yet), but it has resulted in long-lasting improvement in tasks that rely on visual performance — such as playing a musical instrument or catching/hitting a ball.

According to the National Science Foundation, decoded neurofeedback involves the use of functional magnetic resonance imaging interpreted through the subject’s visual cortex. The information decoded by the subject’s brain instructs it to match a certain state of activity that allows for better performance on visual tasks.

It’s a little complicated, sure — so here’s how the press release explains things:

Think of a person watching a computer screen and having his or her brain patterns modified to match those of a high-performing athlete or modified to recuperate from an accident or disease. Though preliminary, researchers say such possibilities may exist in the future.

And while that’s all well and good, the report suggests that there are some ethical considerations that need to be addressed before the research progresses.

What sort of considerations?

Oh, just the data suggesting that the subject doesn’t even need to be aware that he or she is having their brain activity altered in order for decoded neurofeedback to work its magic.

“The most surprising thing in this study is that mere inductions of neural activation patterns corresponding to a specific visual feature led to visual performance improvement on the visual feature, without presenting the feature or subjects’ awareness of what was to be learned,” said [lead author and Boston University neuroscientist Takeo] Watanabe, who developed the idea for the research project along with Mitsuo Kawato, director of ATR lab and Yuka Sasaki, an assistant in neuroscience at Massachusetts General Hospital.

Yeah, so as cool as it might be to learn kung fu via decoded neurofeedback, there’s also the chance you could learn to bark like a dog on command — which might not be as cool.

(Hat-tip to io9 for the link to this report.)

This spherical, BB-8 style robot is built to explore lava caves on the moon