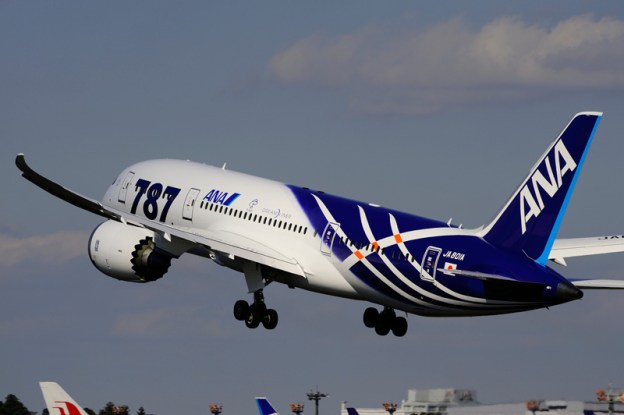 When Boeing unveiled its very first 787 Dreamliner jet back in 2007, it was praised by many in the industry for its revolutionary design, state-of-the-art technology, and, it has to be said, rather splendid looks.

But issues with the aircraft have continued, culminating last week in a triple whammy of technical problems.

– On Wednesday a brake problem on a 787 in Japan forced authorities to cancel an ANA flight.

– On Tuesday, pilots on a Japan Airlines 787 preparing for take-off at Boston Logan International Airport had to shut down the engines when a fuel leak was spotted. Around 40 gallons of fuel spilled onto the runway in the incident.

– And on Monday an electrical fire started on an empty 787 – again at Boston Logan International Airport. This Dreamliner was different to the one involved in Tuesday’s incident.

Concerned about the aircraft’s performance, the Federal Aviation Administration (FAA) announced on Friday it will conduct “a comprehensive review of the Boeing 787’s critical systems, including the design, manufacture and assembly.”

Speaking to the BBC this week, aviation expert Richard Aboulafia described the level of problems with the new aircraft as “unprecedented”.

“There’s a lot of new technology on this plane,” he said. “It’s a very innovative aircraft and the potential for big and small glitches has been magnified hugely as a result of this innovation.”

The Dreamliner is the world’s most eco-friendly aircraft, with its super-efficient engines and light carbon fiber design enabling it to make fuel savings of around 20 percent compared to aircraft of a similar size.

The plane features 65 percent larger windows than those on regular passenger planes, and has electric dimmers instead of pull-down shades. Overhead baggage compartments are larger than usual, too.

Despite the plane’s problems, Aboulafia said passengers should be confident about flying on the aircraft, with agencies such as the FAA keeping on top of the situation. He added he’d be more concerned about whether the airline had back-up capacity in the event of a 787 flight being canceled. Without it, he said, passengers could find themselves stranded for much longer than expected.

The airship is making a futuristic, luxury comeback