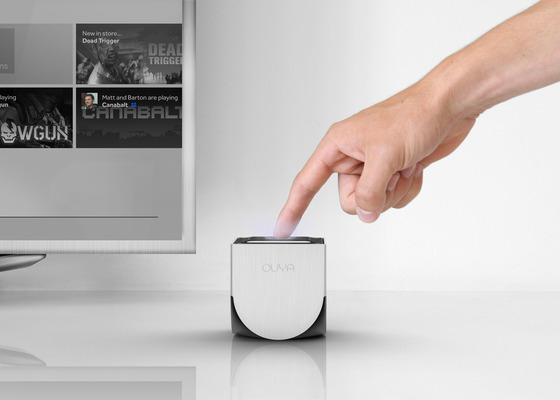 Welcome back to Digital Blend, our weekly look at the world of downloadable video gaming that exists at the fringes of the mainstream. That means we look at the hottest new mobile game releases, downloadable content drops on consoles and PCs, indie darlings that deserve your love and attention, and the best gaming values under $20.

* PlayStation Vita owners have been asking a lot of questions lately about what the future holds. It’s an extremely promising piece of hardware, one that is already home to some standout games, but a limited E3 2012 presence and a generally quiet release calendar for the rest of this year is causing some very justifiable worry among early adopters. Sony president Shuhei Yoshida admitted outright in a recent interview that the company is having “a more difficult time than we had anticipated in terms of getting support from third-party publishers.” The hope right now is that this fall’s big third-party offerings — Call of Duty: Black Ops Declassified and Assassin’s Creed 3: Liberation — drums up more interest. Only time will tell.

* The dust continues to settle in the wake of 38 Studios’ closure, the Curt Schilling-run company behind Kingdoms of Amalur: Reckoning and it’s now aborted MMO follow-up known only as Project Copernicus. When the developer first went bankrupt earlier this year, Epic Games quickly stepped in to snatch up the talents at Big Huge Games, the team responsible for the bulk of the work on Reckoning. This week, Epic confirmed that the former Big Huge is now Impossible Games under the Epic umbrella, and that the studio’s first game will be the mobile-based hack-and-slash RPG, Infinity Blade: Dungeons.

* Ouya finished its epic Kickstarter run this week, closing with $8.59 million pledged by backers in all. The figure, a site records, obliterates the $950,000 goal that was originally set. Now the real work on the Android console begins, with Ouya expected to start shipping to backers in March 2013. You can pre-order one for yourself now at the newly launched Ouya website, at the slightly increased price of $109, shipping included.

* Sony might be struggling to find third-party support for the PlayStation Vita, but first-party offerings seem to be doing just fine. This September, Media Molecule’s beloved PS3 platformer LittleBigPlanet will make its PS Vita debut. The pint-sized LBP is the work of two studios, Double Eleven and Tarsier. Ryan checked the game out earlier this week and wrote up a highly positive LittleBigPlanet preview.

* The stunningly popular Arma 2 zombie apocalypse mod DayZ has gotten to be so big that it’s now officially due for a standalone release. Development will be handled by Arma 2 dev Bohemia Interactive, and the mod’s creator, Dean “Rocket” Hall, will serve as the project lead.  The mod will continue to live on in its current form, but the standalone game will offer a more focused experience, built specifically to support multiple types of zombies, an improved AI framework for those sorts of enemies, and much, much more. Hall stated clearly that Minecraft‘s release model is a big inspiration here; the game will be released in alpha form at a heavily discounted price, coming together over time through live stress testing and community feedback.

* Valve is one of the most forward-thinking companies out there. This week, the Steam overseer announced plans to expand its digital distribution service beyond just games and into the realm of pure “software.” Starting on September 5, Valve’s Steam service will expand to include “creativity and productivity” tools, with support for Steam Cloud, automatic updates, and all of the other cool convenience features that using the Steam client offers.

Top buys for the week…

Scribblenauts developer 5th Cell delivers an unusual take on the multiplayer shooter in Hybrid. The chief gameplay gimmick is centered around keeping players locked behind cover at almost all times. Each character can flit from cover point to cover point using a jetpack, but there’s none of the traditional free movement around the map that you would normally expect in a cover-based shooter. Hybrid is, unusually, a shooter that is built entirely around camping. Check out our review.

The so-called “Chaos Pack” that is Call of Duty: Modern Warfare 3‘s Content Collection #3 may well be the most jam-packed DLC release yet for the 2011 game. There are three new maps for the small-team multiplayer mode Face Off (Intersection, U-Turn, and Vortex), four new Spec Ops missions (Arctic Recon, Vertigo, Special Delivery, and Light ‘Em Up), and the titular Chaos Mode. This new feature is an offshoot of the game’s Spec Ops Survival mode, pitting players against an infinite number of enemy waves and filling the map with an assortment of helpful pick-ups. The mode works with four of the game’s maps (Resistance, Village, Underground, and Dome) and is built around chaining kills and building a combo multiplier to earn high scores.

Once again: Sony might be having trouble with drumming up third-party interest in the PlayStation Vita, but we’re at least getting some exceptionally solid first-party content. Look no further than Queasy Games’ just-released Sound Shapes for proof. This is a music game but not a rhythm game. It’s a platformer in which you guide a small, rolling blob through a series of environments that are set to and built from music. In addition to the multiple level-based “albums” included for you to play through, there is also a full-featured level builder and sharing mechanic, offering near-infinite replay value. Check out our review.

Your time with Talawa Games’ Unmechanical will be short but memorable. This is a puzzle game with style, putting you in control of a hovering robot as it explores a fantastical tech-driven world. The puzzles are thoughtful and varied, the world is beautiful, and the experience, though short, is well worth having. Summer might be a quiet time of year for the AAA blockbuster releases, but games like Unmechanical give us plenty to occupy ourselves with during the warmer months.

No, that title is not a typo. You know how our culture is currently caught in the grip of zombie fever? Well this new mobile title speaks directly to that. I’m not going to say anything else; I’ll instead let the trailer speak for itself.

Wiggle your “Long Mover” in the vividly surreal ‘Hohokum’ for PS4