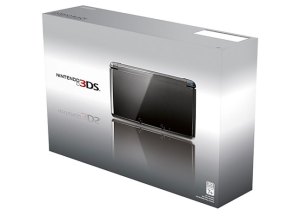 Last night in New York City, Nintendo kicked off the launch of its new 3DS handheld gaming device — which brings glasses-free 3D gaming to one and all — with a countdown party at the Best Buy in Union Square. At the stroke of midnight, throngs of gamers there and all along the United States’ eastern seaboard streamed into stores to get their hands on the new device. The rest of the country followed suit as the hours ticked over to the March 27 release in each time zone.

A large number of those early adopters paid for their new device in part or in full prior to the release with a pre-order, which has become an increasingly common practice for retailers during this current generation of gaming consoles and handhelds. In fact, pre-orders for the 3DS are nearly double what they were for Nintendo’s incredibly popular Wii gaming console, which was released at the end of 2006. The information comes from Nintendo sales data given to analyst Colin Sebastian at Lazard Capital Markets, Gamasutra reports. It is an impressive feat, thanks in no small part to the device’s much-talked-about glasses-free 3D gaming. Especially given the fact that the handheld’s $250 price tag actually makes it more expensive than the $200 Wii, which also launched at $250.

The 3D gaming is a centerpiece feature, but Nintendo has packed a considerable number of features into the device’s small package. Built-in Wi-Fi functionality streamlines the firmware update process and offers a number of community-oriented elements, something Nintendo’s console is way behind on in comparison to its high-def competitors at Microsoft and Sony.

The big sticking point for many gamers on the 3DS front is the launch lineup, which is really lacking in any of the “killer apps” that Nintendo is so famous for pushing out alongside its technology releases (see also: just about anything starting with the words Super Mario, plus Wii Sports). There are a few solid options, some of which Digital Trends’ own Ryan Fleming has detailed in a series of reviews. Check out his write-ups for: LEGO Star Wars III: The Clone Wars 3D, Super Street Fighter IV 3D Edition, Nintendogs + Cats 3D, The Sims 3, Madden NFL Football 3DS, Bust-A-Move Universe and Ridge Racer 3D.