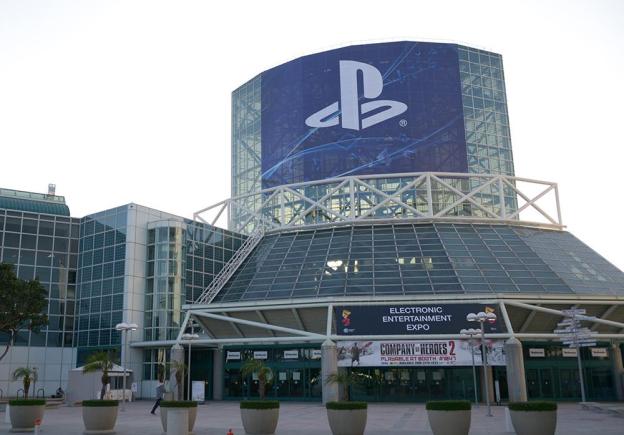 The doors to the Los Angeles Convention Center have closed, and tens of thousands of weary gaming aficionados are making their way to their homes scattered all around the world. It was a big show, too. The new hardware was the spark that started a fire in gaming, leading developers to push their software to new limits, reinvent their wares for a new medium, and look at new ways to approach the industry. Some succeeded masterfully. Others, not so much.

Here’s a look at some of the winners and losers.

There was near universal consensus that Sony dominated E3 with its PlayStation 4 unveiling redux. It was showmanship on a global scale, with pitch-perfect notes about the hardware meant to invigorate the fanbase while not so subtly sticking it to a rival.

Microsoft had a fairly good showing as well. It did what it needed to by shifting the focus back to gaming and unveiling several exclusive titles. It eschewed the bluster of previous shows (last year featured both Usher and Joe Montana), and instead just offered a workman-like display that was tailored to fans. It wasn’t spectacular, but it was solid. Then Sony had its go.

From the start of the year, Sony has been playing chess with Microsoft. Its February reveal caught everyone by surprise, and it debuted things we already knew would favor Sony – more powerful hardware and streaming technology. It deflected most questions, and answered honestly that there were a lot of things it was still working on; after all, it had almost a year before it was released. On the other hand, Microsoft waited. When it unveiled the Xbox One, it was much closer to a finished product and that meant more scrutiny. Sony essentially handed Microsoft the lightning rod and stood back while it answered tough questions. At E3, Sony’s press conference seemed almost designed as a counter to Microsoft’s recent bad press.

One after another, Sony announced things that were specific to contradicting Microsoft. No always-on requirement, check. No restrictions on used games, check. No region locks, check. Sony basically walked right up to Microsoft and dropped the mic. Then it picked it up, announced a lower price, and dropped it again.

The next-gen systems won’t be out for five months or so, and that is a lot of time for Microsoft to take back the messaging. It could change policies or simply introduce new features that wow us. Sony could also stumble along the way and lose the momentum. For now though, Sony dominated E3 and was the clear winner of the show. It wasn’t even close.

You never want to count Nintendo out. Those who have in the past tend to end up regretting it. Just look at the Wii, a massive hit that followed the financially disappointing GameCube, or even the 3DS right now, which is finally finding its legs after a slow start. The Wii U, however, is faltering.

With only 3 million units sold since launch and two new, much more powerful pieces of hardware on the way (one of which is just $50 more than the top Wii U bundle), Nintendo’s future is uncertain. It had a chance to turn that around at E3, at least partially, but it didn’t. Instead it put forth a surprisingly weak effort.

If Nintendo wanted to, it could have stolen the show. We all know they are working on a new Zelda, Metroid, Mario, and countless other first-party titles gamers grew up with and love. Why not announce at least a name for some of them. Drop a generic image with “The Legend of Zelda Wii U” on it and you’ll have people screaming with joy. A price cut for the Wii U, possibly a new model with a decent internal hard drive, and releasing more old-school Nintendo games for both the Wii U and the 3DS would have been a great move, and all within Nintendo’s power. Instead we got the Wii Fit Trainer for Super Smash Bros. and a closer look at a couple of games we already knew about. Some have argued that Nintendo is simply moving away from the press and instead focusing on directly reaching out to fans. That sounds reasonable, but when your big, surprise announcement is the Wii Fit Trainer, there is an odd disconnect somewhere.

The retail version of the Oculus Rift is nearing release, and the VR headset continues to gain traction. Oculus VR itself was in attendance at E3, but more importantly the Oculus Rift kept popping up all over the place. There were demos scattered around places like IndieCade, and one of the most mind-blowing games at E3 was EVE VR, a short space-flight dogfighter that was cobbled together by the team behind EVE Online in their spare time.

People were talking about it and the buzz was good. Developers and publishers pay attention to that sort of thing, so the odds are you can expect more gaming people to want in on the action. It was a very good show for Oculus VR.

Loser: THQ / Winner: The winners of the THQ sweepstakes

The demise of the storied publisher THQ was sad for many reasons, but looking at the games it had on its docket, if it could have held out a bit longer things might have been very different. Metro: Last Light was great, South Park, Company of Heroes 2, and Saints Row IV are all but guaranteed hits. The publishers that managed to purchase the rights to those games without incurring the development costs are going to be very happy soon.

Like most entertainment industries, game producers like sequels – a quick look at the last few years can quickly confirm that. Unlike most, however, the gaming industry is unique in that it resets itself every few years, and with that reset comes opportunity. This E3 saw plenty of sequels announced, but it also saw a glut of new properties. The Crew, The Division, Destiny, Knack, Mad Max, The Order: 1886, Project Spark, Ryse, Titanfall, Watch Dogs, and many others will help to herald in the next generation of consoles. During the twilight of the current gen, most publishers were wary of putting money into a new IP. That has changed.

If violent video games made people instantly violent, E3 would be a bloodbath. The show was littered with titles with plenty of action, most of it featuring guns and digital murder. There is a growing feeling of exhaustion when it comes to violent video games. It isn’t the subject matter, just the oversaturation. That trend continued at this E3.

Ubisoft’s press conference was a bit underwhelming, but its messaging was right on. The lineup of games Ubisoft has coming is impressive: Assassin’s Creed IV: Black Flag, The Crew, The Division, South Park, Splinter Cell: Blacklist, and Watch Dogs all look like they could be hits. Rocksmith 2014 and Just Dance 2014 also have strong audiences. On top of that, Ubisoft Entertainment chose this week to announce a Ghost Recon film made in conjunction with Michael Bay. It was a good week for Ubisoft.

Topics
And just like that, the PS5 is back in stock at Walmart – hurry!
This PS5 controller Black Friday deal drops the price by $20
The best PS5 headsets
The best multiplayer games on Nintendo Switch
How to evolve Pawmo into Pawmot in Pokémon Scarlet and Violet
Live now: Save $50 on the Microsoft Xbox Series S Digital Edition deal
‘Wordle’ today, November 24: Answer, hints, and help for word of the day (#523)
7 video game characters who deserve a Macy’s Thanksgiving Day Parade balloon
The best Xbox Series X headsets
Save $250 on the Razer Iskur X XL gaming chair for Black Friday
How to level up weapons fast in Warzone 2.0
10 video games that would make great movies
How to check if your PC meets a game’s system requirements