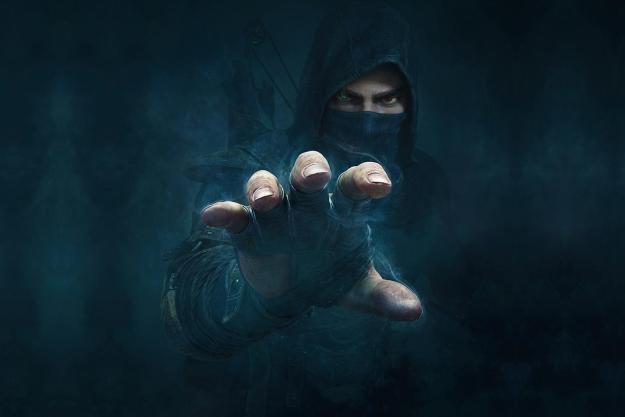 “Thief honors the past, but ignores the present.”

If you scroll through some the various lists floating around gathering the best games of all time, you will likely find the original Thief occupying a fairly high position on many of them. Thief: The Dark Project, released in 1998, was revolutionary. It wasn’t the first stealth game, but it was arguably the best to that point, introducing several concepts to the genre that have since become staples. It was a seminal game that continues to influence developers to this day.

But where the original was ahead of its time, its reboot is behind the curve.

After a 10-year absence, the Thief franchise returns to a very different gaming landscape than the one its last offering inhabited. New franchises have pushed the genre in ways that weren’t dreamed of year ago, and gamers are better off for it. Fans of the original will find a familiar experience to the original, but it’s to a fault. The stealth genre has come a long, long way since the original Thief, but the reboot seems stuck in the past.

The stealth genre has come a long, long way since the original Thief, but the reboot seems stuck in the past.

Most areas feature a single goal, and ultimately only one way to complete it. You may be tasked with entering a house, but there will be only one door. The level leading up to it might have an open area with a few pathways, but your goals are typically too narrowly defined. A section may task you with getting through the library, and you may have a few options on how to do this, but in the end you are still be funneled to one narrow point, which feels limiting.

The design actually feels slightly dumbed down from previous Thief titles, as well as similar games. The series was known for innovation, but this game feels like it is mired in the past and in some ways offers less than its predecessors. That makes a certain amount of sense, at least from a financial perspective if not a gameplay one. Stealth games often require a staggering amount of patience, and this less open-ended approach makes Thief more accessible to a wider audience – even if it is likely to alienate some fans in the process. Following a linear path isn’t necessarily a bad thing, but for a stealth based game, Theif feels limiting.

As in the previous Thief titles, you once again take the role of Master Thief Garrett, prowling the fantasy medieval locale of “The City” from a first-person perspective. Following a botched robbery that interrupts an arcane ritual, Garrett awakens a year later to find that his home has changed, and grown darker under the watch of the “Baron.” A new populist revolutionary group has sprung up to challenge the establishment, leading to a dangerous and bloody confrontation.

While this drama plays out in the background, Garrett finds himself haunted by a memory that may hold the key to discovering what happened to him a year ago, as well as the fate of his former protégé Erin. Despite this driving mystery, Garrett isn’t above taking on the odd job while he’s trying to uncover the mystery.

The City is mostly open for Garret to explore, and it acts as a giant central hub of sorts that leads to the various story mission locations. From scattered points in the city you can retry previously completed chapters, loot the odd random house, or accept one of the many side missions. These secondary missions are usually simple, involving things like breaking into a building and retrieving a particular item. Sometimes that may mean simply locating the item, while other times it might be more intricate, like asking you to sneak around a building’s occupants while looking for a paper with the combination to a nearby safe. There are also missions assigned by supporting characters that require you to travel around the map to complete multiple, simple objectives.

These side quests are addictive and offer a good reward for minimal effort, and help to expand the game’s 10-20 hour length. Some of them take minutes and are as simple as finding the destination on the map. Others are similarly marked, but prove more difficult as you have to work to get to the location. In that sense, the journey becomes something of a puzzle in itself. The bite-sized nature of these missions offers a nice break between chapters.

With a game like this, determining length is difficult as it is primarily down to individual playstyle. Someone playing combat-first may get through in around 10 hours, while stealth players might take 15. Adding on these sidequests can extend that another 3-5 hours.

Following a linear path isn’t necessarily a bad thing, but for a stealth based game it feels limiting.

There are also a series of challenges that help extend the gameplay, separate from the main game and accessible through the main menu. They test you in a variety of ways, including seeing how quickly you can complete objectives. They are a decent diversion, but not much else and feel slightly tacked on.

One of the consequences of the botched robbery that sets the game’s events in motion is a new sense of Focus Garrett can call upon, similar to the Eagle vision in Assassin’s Creed or detective mode in the Batman Arkham games. The nature of this power is discovered through the plot, but from a gamplay perspective the difference with Thief’s focus mode is that using it depletes an energy meter that must be replenished by finding poppy flowers scattered throughout the game.

The Focus mode does help find the odd treasure and hidden path, but the meter runs down quickly and poppies are only moderately plentiful. As a result, you’ll spend much of the game simply tapping the focus button, which gives you a brief glimpse at things near you that can be interacted with. It feels poorly thought out, and tapping the button makes it seem like you are exploiting the feature rather than using it.

Garrett’s basic movements are smooth, and a Swoop mechanic helps you get from one section to the other, even if it means crossing dangerously close to an enemy – sometimes too close to an enemy, which highlights the AI’s issues. More on that in a bit. The ability to quickly climb is also useful, but it is somewhat inconsistent – some areas are fine to climb, while other, similar areas aren’t, even though they look nearly identical.

As for the weapons, you have a blackjack for close encounters, and a bow and arrows with different types of arrowheads, from blunt arrows you use to interact with items or create auditory diversions to water arrows used to extinguish torches. There are also, of course, piercing arrows, for offense. The types of arrows you use depend on the play style you choose to pursue.

Most areas can be navigated without even using your weapons. There are a few locations that require you to use it in the same way you would use any tool, but you generally won’t need it in more than a few places. It feels like wasted potential. It’s a major mechanic that ultimately proves under utilized. Trying to mix in the bow can actually prove to be a problem, as guards will be alerted when lights go out of something is knocked over.

The game allows you to go full stealth, full combat, or mix the two. After each chapter you receive a grade. This serves as an analysis of your play, tagging your performance in one of three categories: Ghost, Opportunist, or Predator. The better you do and the more you stick to one style, the higher your cash reward. Oddly, there is no in-game breakdown of how the grade was assigned. You may go unseen without raising an alert and still not get a majority Ghost rating. It’s strange and poorly designed.

Although combat is generally an option, Thief is built around stealth. There are sections where fighting simply won’t help you. Besides, even with upgrades, Garrett isn’t that strong and takes multiple strikes to kill an enemy head on, while a few hits will end your game. For the most part though, unlike many stealth games, most of Thief‘s levels are relatively easy to get through without being seen. There are a few tricky moments, including a level filled with “freaks” that can sense you from a great distance and can’t be killed, and of the eight chapters at least three of them are legitimately challenging. Still, most aren’t nearly as difficult as other stealth games that require constant saves and a willingness to restart over and over again. Dumbing down that challenge makes the game feel slightly hollow as a result. Making it through an area gives less of a sense of accomplishment.

The problematic ease goes back to the consequential linear design. Once you understand that there is usually one way to go, it simply becomes a matter of learning the patterns of the repetitive and unimaginative AI. They walk, they complain to other NPCs, and they always follow the pre-set course. Once you know this pattern, you can literally just slowly walk behind them and wait for them to turn. If you time it right you can pass right beside them without them having a clue.

The art design is also bland and repetitive, with repeating buildings of unremarkable design defining the city. It lacks character, which makes traveling through it feel tedious. There’s no joy in exploration it, since the muted and dull landscape looks much the same throughout; once you’ve seen one section, you’ve essentially seen them all. The same is true of the story levels, which are generally clichéd and unimaginative, and feature overused level design tropes like an abandoned hospital and a prison. You’ll also explore multiple mansions and underground areas, and one crumbling hallway looks much like another, and one you’ll get a leaving you with a sense of deja vu after travelling down yet another bland hallway.

Minor technical glitches also mar the presentation, with NPCs getting stuck in one place or occasionally spinning around and around in circles. Audio tracks also sometimes get stuck on a loop, causing a random line of dialogue to haunt you until you leave the area completely. These are minor issues, and can likely be fixed with a post-launch patch, but they just add to the sense of unfulfilled potential.

Without the emphasis on choice that other stealth games have, Thief feels like it is already behind the times. That slant may make the game more accessible, but the bland level design is another issue. The gameplay mechanics and side quests do help, but ultimately Thief can’t recapture the glory of its past.

UPDATE: This article was clarified to correct a few points.