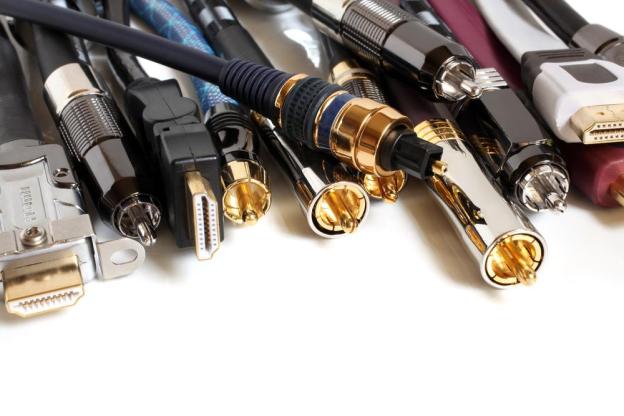 Nobody has ever accused a cable of being sexy. In fact, with so much of our technology moving in a wireless direction, most people probably think cables are as dated and uninteresting as an AM clock/radio. But if  someone were to tell those people they had to give up their precious HDMI cables for tangled messes of component video/audio cables, they’d scream bloody murder. Indeed, the HDMI cable is the unsung hero of the home theater, quietly transporting HD audio and video in one convenient package, never calling attention to itself because it just works. That’s how it is when you do your job well every single day; you get taken for granted. But if you take a moment to think about it, HDMI is a beautiful thing and you’d probably be sad to see it go. Or would you? What if something came along that was even better than HDMI? Something that could do more than any wireless technology will be able to do for years to come? Would you make the switch?

Although we’ve started to get used to wirelessly streaming audio and video from smart devices to home entertainment systems and even our cars, the reality is that wireless technology is not ready to handle the demands of streaming both HD audio and the forthcoming 4K Ultra HD video format. Bottom line: we’re still going to need wires for a while. And with questions surrounding the forthcoming HDMI 2.0 standard and how it will handle 4K Ultra HD, it would seem there is an opportunity for a competitor to step in and shake things up. As it turns out, Israeli tech manufacturer, Valens Semiconductor, plans to do just that with its HDBaseT technology.

Launched in 2010, HDBaseT is the convergence of uncompressed HD video, HD audio (including DTS-HD Master Audio, and Dolby TrueHD), 100BaseT Ethernet, various control signals for home automation, and power (100 watts) for specific devices delivered through a standard CAT5e cable. HDBaseT supports all video sources, including legacy products, and does not add latency. Take that, HDMI!

If you’ve never heard of it, don’t feel bad. Most folks haven’t. But custom integrators were immediately impressed with HDBaseT’s capabilities,  so it’s not surprising that manufacturers such as Crestron, AMX, Savant, and Extron became early adopters.

With strong initial support from the Pro AV market and custom integrators, Valens took his next step by creating the HDBaseT Alliance, which includes industry heavyweights such as Samsung, LG Electronics, Sony Pictures, and more than sixty other manufacturers of consumer electronics. The purpose of the alliance? Promote and standardize HDBaseT technology for whole-home and commercial distribution of uncompressed HD multimedia content. That’s how you make a power play.

Since then, HDBaseT has made steady progress, pushing its way into different segments of the market including custom installation, digital signage, projection, and most recently into consumer electronics. Don’t be surprised to see the HDBaseT logo on a slew of new home theater products which are starting to show up from manufacturers such as Pioneer, Onkyo, Hitachi, Monoprice, Epson, and AquaVision. Manufacturers such as Panasonic are already offering support for HDBaseT with their commercial-grade displays and it looks like Samsung and others will be doing the same in the near future.

In fact, while Pioneer has not officially unveiled its first Elite A/V receiver armed with HDBaseT (they will next week at CE Week in NYC), we managed to sneak a quick look at the new model during a special event in New York this week. The receiver is designed to send uncompressed 4K video, HD audio and streaming content to your HDTV through a single CAT5e cable.

Another benefit of HDBaseT is that the range is far greater than that of HDMI, which will be great news to consumers who are required to run long runs of cable from their A/V receiver or multi-room system to TVs located inside and outside their home. Aside from the cost savings, CAT5e is more durable than HDMI and the ability to send an uncompressed 4K signal with power 300 feet to a weather-proof HDTV located in your backyard is going to make that type of product a lot more attractive to consumers.

Another obvious benefit of HDBaseT is that millions of new homes already have CAT5e or CAT6 wiring already installed, making it far easier for installers to get your HDTV and home automation components attached to a central HDBaseT media hub. There won’t be a need for a power outlet behind your HDTV and while that won’t make electricians happy, it means less expense and clutter for consumers.

But does it work?

Valens’ Marketing Director, Dana Zelitzki, was on hand to give us a hands-on demonstration of HDBaseT which involved a Samsung LED HDTV, LG Blu-ray player, home security camera, and laptop.

The Samsung HDTV looked great with Blu-ray and we noticed that the streaming apps were definitely more stable and quicker on the draw. Apps such as Netflix and Vudu were easier to use and content downloaded much faster versus a wireless connection (which should always be the case when using a wired connection).

The control app which can be used on either an iOS or Android-based tablet was well-laid out, responsive, and very easy to learn. We switched content between multiple displays with ease (simulating watching content in different rooms of your home from one source)  and the transitions were very quick between the Blu-ray player, security camera, and laptop.

As impressive as HDBaseT may be, its challenge will be to get manufacturers and consumers  already used to HDMI to hop on board. Cable manufacturers such as Monster and AudioQuest which charge between $100-$1,000 for single-runs of HDMI cable might not want to hear this, but we think wiring an entire house with CAT5e or CAT6 and running an HDBaseT system makes more sense in the long-term for consumers. It stands to save them money and offers greater flexibility when configuring their growing entertainment systems.

Again, wires and cables may not be sexy tech talk, but this is the stuff that makes life easier on a daily basis. You may not care about it now, but if you want your home to be properly equipped to handle the future, you might want to start paying attention to solutions like HDBaseT, because it very well may be the wave of the future.