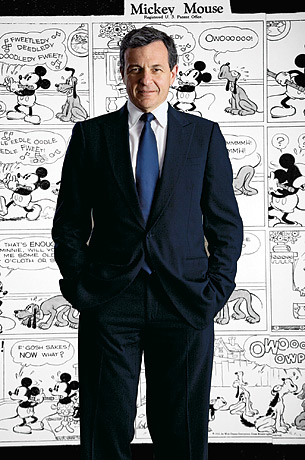 On Oct. 29, Disney let out a teaser to the media about its Keychest Project, which is designed to “shift what it means for a consumer to own a movie or a TV show, by redefining ownership as access rights, not physical possession.” Keychest has been the subject of several articles and blogs about whether it will work and if its success will finally draw the curtain on DVD sales. While it may take a while before DVDs finally breathe their last, digital consumption of movies is on the rise and the Keychest project may be another step toward increasing that consumption.

One important point to remember is we already have the technology to stream movies. “Comcast has IP technology now which is being used for Video on Demand and Fancast,” according to Jenni Moyer of Comcast Communications, a member of Digital Entertainment Content Ecosystem (DECE) – Disney’s competition.

What is new about Keychest and the competing project by DECE is an attempt to go beyond streaming movies to one device and instead make it available to all Internet-capable platforms. Many believe the DECE project is the same as Comcast’s mysterious Excalibur project. Both Excalibur and Keychest have to deal with the issue of Digital Rights Management, the major obstacle to watching content on multiple platforms. Some advocate getting rid of DRM altogether, but that ignores the reality that studios expect a financial return on their product investments. That’s difficult to do when one person buys it then sends it free to all their friends. Disney sources say they are aware of “a desire to protect intellectual profperty” and Keychest will work with DRM. “Keychest is a tech solution allowing DRM systems to exist. It allows interoperability because it separates rights from content,” says a Disney spokesman, who asked not be named.

The DECE on the other hand isn’t yet ready to publicly address DRM. Moyer would only say, “We’re looking at how this new technology can create a better experience.”

Disney says its project differs from what the DECE is working on in that “the DECE is creating a closed system that would compete with existing regimes whereas ours is open. They’re trying to build an ecosystem and we’re not.” To demonstrate the inclusive nature of their project, Disney says,”We’ve shown this to everybody including some inside the DECE.”

The question of which product is better will be decided by consumer demand but both Disney and DECE stand to face resistance from those consumers who still want a physical product. Aside from the physical satisfaction of holding a purchased movie, there is also a certain sense of security in knowing that any time you feel like watching it all you have to do is get it off the shelf and put it into the player. With Keychest a consumer would have to rely on an access code to get the movie streamed to the device of choice. “Your content would be stored using single file media storage on an upgradeable server and Keychest would access the digital locker which would keep track of your rights,” the Disney spokesman says.

To hear how Keychest works, makes is seem as though Disney has solved the great problem of streaming digital content. “If you bought a movie off of Amazon for example, and wanted to play it on your iPhone, it would take on the DRM characteristics of iTunes, if you tried to play it on your Xbox, it would adopt the DRM characteristics of Microsoft,” the Disney spokesman says. The insider admits it’s not an automatic process: “Each company with an online platform would have to sign on to the program,” he says. Disney even feels that Keychest might discourage online piracy. “Piracy is a business model we need to compete with,” the Disney source says. “We think if we make it easier to buy than steal, people will buy.”

But thinking about cloud storage brings an image of the recent T-mobile fiasco. Disney says,”Keychest would give permanence of rights, even if the original seller went under you would still own your content rights.” But it might still be a good idea to hang on to the DVD collection just in case.

As for who would step up to pilot Keychest, Disney is likely counting on early adopters among its current customers. According to Gerry Kaufhold, principle analyst for the market research firm In-Stat, “Disney has a dedicated group of fans; they’ll be able to get some percent of the Disney fan base to use it because it provides portability of their content and permanence of their content,” says Kaufhold, who was quoted in an article for Video Business.

Of course DRM isn’t the only obstacle. Disney and the DECE also face the problem of who pays for the additional bandwidth this will take. To run movies in 1080p resolution will mean a lot of bandwidth and a constant streaming Internet connection. So if you want to watch a movie on a road trip you’ll probably still need to grab the DVDs. It’s also problematic that the U.S. doesn’t have the fiber infrastructure to support widespread use of cloud-based VOD. Disney admits, “We haven’t gotten as far as bandwidth or who will manage the server or what the fiber network will have to look like for this to work,” but emphasizes Keychest’s advantage over downloads. “The rights server will be in the cloud and the content will stream to you so it’s not going to eat up a lot of hard drive space.”

The buzz Disney and the DECE have created may be enough to get early adopters. If the products live up to the hype, opinion leaders among those early adopters may sway the masses join in.

John Greaves is a writer living in Dallas, Ga. His work has appeared in newspapers, magazines and websites.