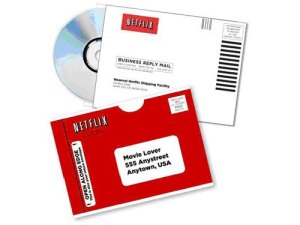 Netflix continues to pile on subscribers – and profits – but higher Wall Street expectations still sent the stock tumbling on Wednesday. Despite announcing that its second-quarter profits were up by 34 percent and that it had added another 1 million subscribers, Netflix shares fell by 9.2 percent the same day, due to revenues that fell below analyst expectations.

The company reported sales up 27 percent to $519.8 million, but still came in shy of the $525.4 million analysts predicted, according to Bloomberg. Part of the reason may be subscriber preference for the company’s cheapest plans. A year ago, each subscriber paid $13.29 per month, on average. Now, that figure has fallen to just $12.29 a month.

But what’s bad news for stockholders may be good news for customers. Earlier this week, Netflix announced that it would open up service to Canada, and Wednesday, Netflix CEO Reed Hastings pledged that Netflix would increase spending to acquire more exclusive streaming content for its subscribers.