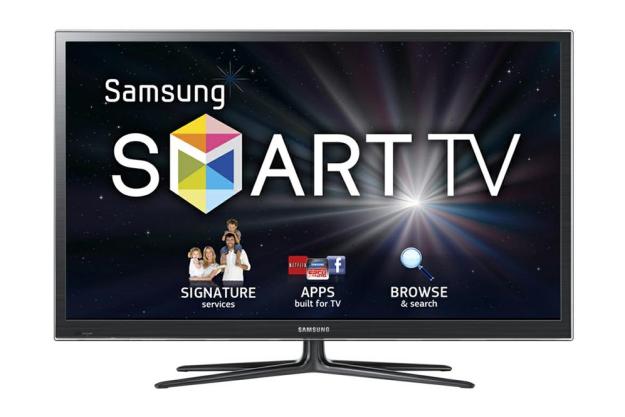 “For movie lovers with even moderate ambient light control, this TV is an outstanding choice and comes highly recommended.”

Samsung PNE6500 series information: This review is based on our hands-on experience with the 60-inch PN60E6500 TV. However, our observations also apply to the other model in the E6500 series the 51-inch PN51E6500. According to Samsung, the sets differ only in dimension and weight and offer identical features and performance.

So far this year, we’ve had a great run of luck reviewing high-performance, high-value TVs, and it would seem that run will keep going strong for a while. Samsung’s PN60E6500 3D plasma TV is next up in our string of TV reviews and, though it isn’t without a few quirks, this model proves it is a serious contender in the 2012 plasma TV space. Those quirks we’ve alluded to, however, are particular enough to make this TV the ideal choice for some and less so for others. Read on to find out if this plasma might be the right pick for you.

Plan to grab a buddy, because you’ll need an extra set of hands to help de-box and set up this TV. Though this 51-inch set weighs in at a relatively moderate 45.6 pounds (without stand) its 47.0 x 28.1 x 2.2 -inch (H x W x D) dimensions make it a bit unwieldy for just one person –never mind all the glass on the front panel.

In the box you can expect to find the TV’s stand, hardware for the stand, a remote control, two batteries for the remote and a small packet of product literature.

The Samsung 6500 series and Panasonic ST50 series look similar in terms of their bezel designs. The bezel thickness on the two sets appears nearly identical to the naked eye, and each features a similar, clear acrylic surround. We prefer the color of the bezel on the Samsung, though; the dark, brushed gunmetal finish is just a bit classier in our opinion.

We’re a little disappointed to see Samsung’s spider-style stand has been ported over to this series for 2012. We’re not huge fans of the style and would have been just fine to see the same platform-style stand from the 2011 E6500 series carried on for another year. Thankfully, though, the chrome finish we saw on last year’s D8000 series plasma has been altered with a dark color that matches the TV’s bezel very well. It also feels a little more robust than the spider stand we saw on last year’s D8000 series plasma and, notably, it swivels.

The E6500 series is our pick for best value among Samsung’s 2012 plasma line-up. The features found in the E7000 and E8000 series, while really fun to play around with, aren’t related to picture quality. Samsung trickled down its Real Black Filter — previously reserved for its high-end models — to the E6500 series this year and has brought its Real Black Pro technology to all plasma TV’s from the E6500 series on up. Both features serve to improve black levels, in some cases to keep blacks looking inky in bright room situations.

With the E6500 series TVs you get some anti-glare treatment on the panel’s glass for better overall performance in brighter rooms, all of the Samsung Smart TV apps via Smart Hub, built-in Wi-Fi, a Web browser, active shutter 3D, 2D-to-3D conversion, two pairs of active-shutter 3D glasses and the advanced calibration options necessary to dial the TV’s picture in just right.

What you don’t get with the E6500 series: a dual core processor, thinner metallic bezel and stand, wireless touchpad remote, microphone and camera, voice and gesture controls, QWERTY keyboard option and Skype integration — all cool features but, again, not related to the set’s picture quality.

The E6500 series remote may not sport Samsung’s Bluetooth-connected QWERTY keyboard that we love so much (or its slick new touchpad remote), but it is a well-designed remote overall. Foremost, it is backlit (an essential feature for us), if only dimly so. The buttons are large and easy to press, the source button is easy to find, and while there are no “hot keys” that take you directly to Netflix, Hulu or other popular Internet apps, there is a nice big button that takes you straight to Samsung’s Smart Hub, where those apps can be found on the home screen.

As for connectivity, just like the Panasonic ST50 series, you’ll find only three HDMI inputs installed along with two USB inputs and a shared component/composite input bay (no breakout cables necessary). Unlike the Panasonic model, there is no SD card slot built in.

Interesting side note: A power button is the only on-board control we could find on this TV and it is located along the bottom edge of the bezel at the left-hand corner. All other functions appear to require the remote. There is a small panel hiding something on the back left portion of the panel, but it is locked up and we didn’t wish to risk breaking it to reveal what it was hiding.

We’ll discuss our experience with Smart Hub in our performance section, but we did want to mention here that we’re surprised not to see Amazon Instant Video or HBO GO included in the list of available Smart Hub apps. Almost everything else you could possibly imagine needing is there, but no Amazon? Odd.

We didn’t encounter any surprises while setting the PN51E6500 up on its stand, save the fact that the screws were a little tough to fully seat. Once the installation was complete, we found the TV to be extremely stable on its stand.

With a full set of calibration controls, the PN51E6500 can theoretically be adjusted to perform to exacting standards. With that said, many of the advanced controls are best left to experts. So, in keeping with the processes described in our how we test televisions guide, we aimed to calibrate this TV using tools and controls most folks will feel comfortable with using at home.

We started out our calibration by choosing the PN51E6500‘s “movie” picture preset while the TV was tuned to HDMI input number one. Interestingly, this TV’s version of that preset maxes out the “cell light” control, whereas its “standard” preset has it set at 50 percent. Typically, anything to do with picture brightness control is usually toned down for the movie or cinema preset in TV’s; these presets seem to take a different approach. Still, the movie preset is by far the best option as a launchpad for calibration.

As it would turn out, both the cell light and contrast adjustments had to be maxed out in order for us to achieve desired performance when running test patterns. For those interested in seeing the settings we arrived at, we’ve listed them at the end of this review.

We’re going to draw quite a few comparisons between this Samsung E6500 and the Panasonic ST50 series in this section. There are two reasons for this. One: We just reviewed the ST50 and its performance is fresh in our mind. Two: The two TVs are similar in price, features and performance and likely to be on quite a few comparison lists. We aim to help make the decision-making process just a little bit easier.

Black levels: Ever since the Pioneer Kuro exposed the public to just how impactful and impressive deep blacks could be, it seems to have been the guiding principle of plasma TV engineers to reach that bar. We thought that level had been reached last year when we viewed the Samsung D8000 series, but this TV bests it.

The Samsung E6500 series boasts black levels that are almost as good as we’ve ever seen on any plasma and certainly the best we’ve ever seen from a TV at this price point.

If there’s a difference in black level performance between this TV and the Panasonic ST50, we can’t see it with our naked eyes. The two are in a dead heat, as far as we’re concerned.

Author’s note: Many users of last year’s D-series plasmas complained about an effect that has earned itself the name: brightness pops. While we did not experience this issue with the D8000 we tested last year, it is clear that it was a problem for many D6500 owners. We did not witness any such effect with this set.

Shadow detail: The E6500’s black level performance is nearly overshadowed (zing!) by its shadow detail performance. Here, we might have to give the E6500 a very slight edge over the Panasonic ST50. While viewing the Steven Spielberg and J.J. Abrams flick, Super 8, we felt that we were able to pick out just a bit more edge detail in dark scenes.

Contrast: While the contrast on this TV certainly qualifies as “excellent”, we feel that the ST50 has a very slight advantage in this category, only because of its superior performance in bright room situations. For us, the difference ultimately results from performance described in the following category.

Whiteness and brightness: While we were able to achieve very good brightness and vivid white levels from the E6500, we had to max out the cell light and contrast settings in order to get it while keeping the black level and shadow detail performance at its best –and this was in a dark room setting. Once the TV is exposed to bright ambient light, the TV can be adjusted to produce a brighter picture, but some of its excellent black level performance takes a hit.

Screen reflectivity: We have to score the E6500 and ST50 exactly the same in this category. Both have anti-reflective coating to help mitigate reflections, but both will show you a shadowy image of yourself in the screen should bright light be pouring into the room.

Color accuracy: The E6500’s color performance, even without detailed calibration, is exceptional. Again, the E6500 and ST50 are pretty evenly matched in this regard.

Motion performance: As plasma’s do not suffer the same motion blurring issues the LCD-based televisions do, the E6500’s performance in this area was just as we expected: excellent.

Connectivity: This TV only offers three HDMI inputs. Normally, we would expect four, but the ST50 only offered three as well. There’s also no VGA input.

Ease of use: Samsung’s Smart Hub interface has been cleaned up just a bit for this year and it is an improvement. All of the most popular apps (Netflix, Hulu, CinemaNow, Pandora etc.) are available from the home screen, though Samsung proprietary apps still take center stage. Getting to the Smart Hub is made easy with a hotkey placed in the center of the remote which zips you straight to the app interface.

3D performance: We’re not going to belabor this point too much. As active shutter 3D technology goes, this set’s is on par with most others in the top-performance tier. With that said, we still found crosstalk to be an issue when viewing bright scenes, though less of an annoyance than what we experienced with the Panasonic ST50.

If you’re into 3D, we still think passive is the way to go, but Samsung has an edge in active 3D thanks to included glasses which, though light-weight and comfortable enough, don’t provide as much surface area to the lenses as we’d like. Then again, if one preferred a different style of glasses, this set does comply with the “Full HD 3D” standard, which allows the set to work with 3D glasses that also conform to said standard.

The Samsung E6500 series plasmas are, without a doubt, one of the best available values in high-performance televisions. While there are one or two competing plasma models that have a slight performance edge in bright-room settings, we can’t think of a set at this price point that can offer black levels and shadow detail quite as impressive as the E6500. For movie lovers with even moderate ambient light control, this TV is an outstanding choice and comes highly recommended.