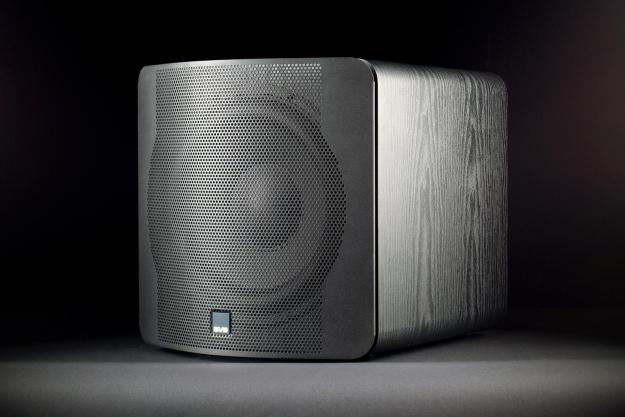 “Perhaps the only thing better than owning an SVS SB-2000, would be owning two of them.”

If you use the Internet to do research on subwoofers, you will inexorably run into SVS. The company is the darling of nearly every audio and home theater-related publication in existence, and for good reason: SVS makes rocking, high-performance subs (and speakers, too) at shockingly reasonable prices.

SVS’ subwoofer lineup manages to pull off an especially interesting trick: Moving from the top of the line on down, SVS scales back advanced features and aesthetic niceties, but deftly avoids compromising performance. Often, that puts SVS’ entry-level subs on par with or better than most of its competition’s mid-level to premium offerings.

The company’s 2000-series – comprising the PB-2000 ($799) and SB-2000 ($699) – are outstanding examples of SVS’ mastery of the art of thoughtful engineering and design. The former is a large, ported sub capable of delivering loud and deep bass in large rooms; the latter is sealed and much more compact, with a form factor less likely to draw the ire of décor-conscious home occupants if placed in anything other than a dedicated home theater space.

We drove the compact SB-2000 hard for nearly two months in our home theater testing room ( more accurately, it drove us) and, wouldn’t ya know it, we came away floored. Still, as impressive as the SB-2000 may be, it won’t be the right sub for everyone. The best way to find out if the SB-2000 belongs in your home theater might just be to order one, taking advantage of SVS’s in-home trial policy, which includes paid shipping both ways. Before you do, though, here’s what you can expect.

In contrast to the 92-lb. SVS SB-13 Ultra subwoofer we recently reviewed, unboxing the 34.8-lb. SB-2000 comes with less risk of hernia or slipped disc. Still, its heft is respectable, and indicative of a well-built cabinet and components – features we’ve come to expect from SVS.

Straight out of the box, the SB-2000 imparts the feel of a well-built audio component. However, it isn’t all positive first impressions with this subwoofer. First: The cabinet’s veneer is an uninspiring vinyl mockup of a wood-grain finish, a far cry from the high-gloss piano black that graces the exterior of SVS’ more expensive subs. Second: The sub’s convex, almost-parabolic metallic grill, while a smart and functional design element, isn’t going to be a hit with everyone, especially because it takes what is otherwise a 14-inch cube and turns it into a less succinct little box. Of course, leaving the grill off entirely solves that latter problem easily, with the added benefit of making the sub look just that much meaner.

The SB-2000’s beating heart is a custom-made 12-inch driver that SVS designed specifically for the 2000 series. The list of technical details behind the driver are numerous and heady, but all were derived from a single motivation: A driver that could stand up to the wallop of power delivered by the sub’s lifeblood, a 500-watt RMS, 1100-watt peak Sledge STA-500D DSP amplifier.

The SB-2000 doesn’t unleash its ferocious power carelessly, however. One of the amp’s most notable attributes is that SVS has carefully integrated DSP control which not only shapes the sub’s output, but protects it from getting so carried away that it could damage itself. In other words: You can push the sub as hard as you want with your most taxing movies or music and rest assured it will push back – hard – without worry that you’ll blow anything up – aside from, perhaps, your neighbor’s temper.

You won’t find any speaker-level inputs on the SB-2000’s amplifier, so you can’t use it with older receivers that lack a subwoofer output. It does, however, have stereo line level outputs to go with its stereo line-level input, allowing for use with pre-amp/amp combos and integrated amps outfitted with pre-amp outputs and amplifier inputs.

Three high-quality metal knobs provide control for volume, phase and low pass filter.  The low pass filter frequency range is 50-160 Hz, and there is also an LFE setting which bypasses the low pass filter entirely, leaving a receiver or integrated amp’s bass management settings to do the work .

With no port to be concerned with, the SB-2000 is a little more flexible in terms of its placement options. You could, for example, tuck the sub in a tight corner without having to worry about a bunch of port noise. With that said, the best place for this subwoofer is going to depend on the size and shape of your room combined with your listening position. You can find out more about finding the best-sounding spot for your subwoofer here.

For this review, we first placed the SB-2000 next to an older Aperion Audio 12-inch, 250-watt sub in our roughly 1700 cubic-foot room, and started with some A/B comparisons. After a few quick tests, it became clear the SB-2000 behaved nothing like the much larger, ported Aperion sub, so we decided to play around with placing it elsewhere. Thankfully, the sub’s manageable weight made moving it around for our “subwoofer crawl” test easy enough. Soon, we had the sub tucked closer to our front left speaker, with about 1.5-feet clearance from the walls behind and to the left.

Finally, since our test room is filled with four full-size towers and two monitors, all capable of plenty of bass on their own, we adjusted our Pioneer Elite SC-79 A/V receiver’s settings so that all bass below 100 Hz was sent only to the connected sub. We also performed an entirely manual level calibration, with no equalization employed outside of the SB-2000’s own DSP.

Our listening session started out with some boring-but-telling frequency sweeps which we use to determine if there are any obvious peaks or valleys in a sub’s performance (room resonances notwithstanding). We heard no anomalies – good stuff – but even better, we were already impressed with the SB-2000’s even and consistent performance from 150Hz all the way down to 25Hz, with a slight dropoff at 20Hz and beyond. Already, the SB-2000 was sounding like a winner.

We ditched the frequency sweeps for a series of music clips that included selections such as Paramore’s “Ain’t it Fun,” Sting’s “Seven Days,” Outkast’s “Intro” from Speakerboxxx, Russell Gunn’s “Eighty One,” and Johnny Lang’s “Bump in the Road,” among several others.

Lang’s “Bump in the Road” isn’t loaded with deep bass, but the song demands a certain level of punch and quick musicality, thanks to a bass guitar that moves all over its available range. With this cut, the SB-2000 proved it could not only start and stop on a dime, but that it had no problem singing beautifully in its upper range while delivering a precision punch at the same time.

That had us clamoring to play Russell Gunn’s version of the Miles Davis classic, “Eighty One,” in which every pluck of the bass player’s fingers pops hard with lyrical sustains dancing back and forth between the upper and lower octaves. It’s a hard-core workout for any sub, and a loss of clarity is expected when tested with nearly any ported sub, but the SB-2000 did remarkably well. In fact, its performance was reminiscent of the SB-13 Ultra’s – a sub that goes for at least $1,000 more.

We let the better part of our hip-hop catalog loose on the SB-2000, and it bumped every beat with absolute authority. Even our 13 year-old asked us to back off for a little while – and that’s saying something. But it wasn’t the hip-hop cuts that really did it for us; that honor went to Keb’ Mo and his work on “I Don’t Know” from his Slow Down record, which we love for its deep, rich, sustained electric bass and meaty kick drum. The SB-2000 made the whole room vibrate sympathetically with the tune, as if we were inside the song itself. It was glorious.

The SB-2000’s talent for tight articulation delivered some exhilarating moments while watching some of our favorite flicks. In Life of Pi, just before the “flying fish” clip, the Tiger lets out a particularly guttural roar, and the SB-2000 nailed every single pulse, adding a level of realism to the sound that we’d not experienced before.

Later, we watched Skyfall, eagerly anticipating the scene where a train comes crashing down into the Tube. This scene is great for testing a sub’s ability to rumble a room, and the SB-2000 didn’t disappoint. Short of the SB-13 Ultra, this was the cleanest we’ve heard the clip. There was plenty of ultra-low frequency production – our seats certainly shook a bit, and we think our neighbors’ did, too – but missing was the mush and the mud made of the rest of the sound spectrum that we often hear with even the highest-performance ported subwoofers. In a larger room, some of the visceral experience might have been lost, but it would have to be a particularly cavernous room, and, besides, that’s what the larger PB-2000 is for.

Complaints? We don’t have many – not at this price point, anyway. Sure, a more premium finish would be nice, and the ability to create and tweak custom EQ settings is always a fun bonus for the power-user. We also understand those who prefer brass spikes or footers for an added level of acoustic control, but those can always be added on if desired. Besides, all those elements would add to the cost and, therefore, to the price. Small concessions to make for such high-performance value.

The SB-2000 comes dangerously close to the performance of SVS’ own premium subs, which can cost up to $1000 more. For the price, the SB-2000 offers a deadly combination of potent power, tight articulation, deep extension, and good ole’ fashioned room-rumbling fun. For a high-end bass solution under $1500, perhaps the only thing better than owning an SVS SB-2000, would be to own two of them.