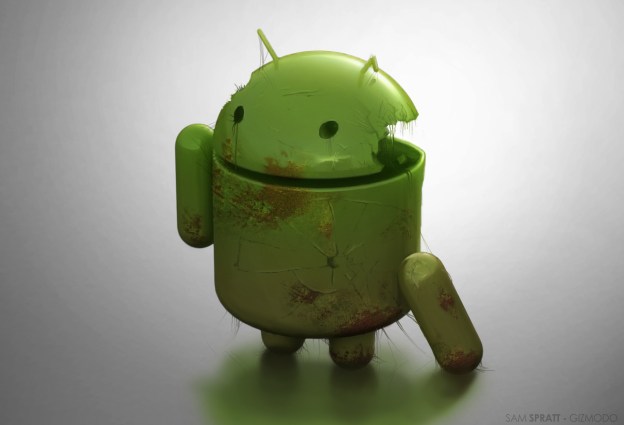 Tim Deluca-Smith, WDS VP of marketing, points out that it is now an issue with the Android OS, but instead it is an issue with the physical devices. The problem seems to be the fact that so many companies are coming out with low cost Android devices, and it is these low cost devices not the best ones that are increasing the total failure rate. Deluca-Smith says that Android’s, “openness has enabled the ecosystem to grow to a phenomenal size, at a phenomenal rate, and it’s this success that is proving challenging.”

The study lasted 12 months, and tracked 600,000 tech support calls handled by WDS. Of all the technical support calls for Android phones 14 percent of the calls were due to hardware failure. In a close second is Windows Phone with 11 percent of calls, Apple’s iOS had seven percent, and RIM’s BlackBerry had the least with only six percent. It should be noted that the operating systems with the highest failure rate are also the ones that do not make hardware.

Android is the most popular OS of the four compared, so it is no surprise that it cost the carrier the highest total amount due to hardware issues. The study did not provide any numbers for the cost of repairing or refunding any other devices.  As a consumer do not take this as a warning against buying Android phones, but it should make you think about the quality of the phone you are buying before you enter into a two year contract.