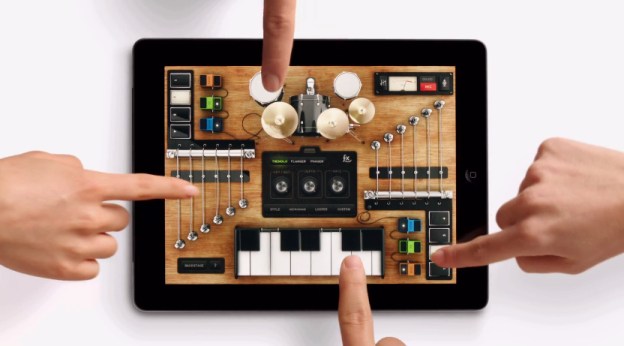 Apple rolled out two new TV ads for its tablets on Sunday, one called Alive, the other, Together.

Featuring the full-size iPad, the newer iPad Mini, a selection of hands and lots of words (you’ll see what I mean), each narration-free 30-second ad ploughs through a range of apps available for both tablets

Alive (below) focuses on apps which link in one way or another to adjectives such as loud, deep and alive.

Together (below) runs along the same lines, showcasing apps in the categories of wild, bright and together.

On each ad’s YouTube page, the Cupertino company has included the tagline, “With over 300,000 apps, iPad is up for anything you are.” This figure relates to the number of apps specific to the iPad – in total there are estimated to be around 775,000 iOS apps available via Apple’s iTunes store.

The two commercials tie in with the tech giant’s new billboard campaign (below) picked up by Apple Insider over the weekend. These also show the two tablets together, with various apps under titles like elementary for educational titles and ear opening for music-related offerings.