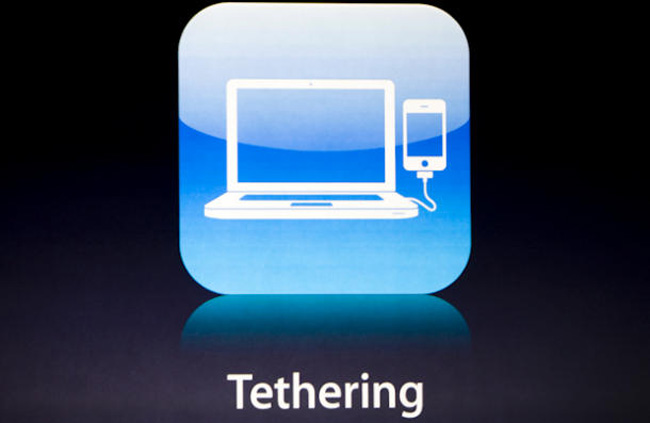 This has been a rough week for AT&T’s customers with “unlimited” data plans. On Monday, we reported that user’s with unlimited plans will start getting throttled due to heavy usage. On Thursday AT&T confirmed that it will start taking action against iPhone users who use unofficial Jailbroken tethering apps. AT&T offers an official tethering service that users can pay an additional $20 for, on top of their already hefty bill.

We reported in March that AT&T was contacting Jailbroken subscribers who were tethering. At that time, AT&T just let the users know that it knew they were tethering, and that they should stop, but took no further action.

AT&T recently informed a few customers who tether that if they don’t stop by a certain date (which depends on the user) that they will automatically place them into a 2GB data plan with an included tethering plan, for a total cost of $45.

An official AT&T spokesperson confirmed the new policy, and said that people who tether will have three options. They could stop tethering, they could proactively contact AT&T to change plans, or the company will change the user’s plan automatically. AT&T says that it is taking this action because it is unfair for the majority of its users. Currently, many customers are paying AT&T for the right to tether their phone, and AT&T wants to level the playing field.

In theory, the tethering and throttling announcements go hand in hand. It is safe to assume that the users who tether their Jailbroken iPhones are the same users who use excessive amounts of data. Now that Jailbroken users can no longer tether or use the iPad version of the Facebook app, why even Jailbreak anymore?

Video-editing app LumaFusion to get a Galaxy Tab S8 launch
The best phones for 2022: Which smartphone should you buy?
Reverse wireless charging on the iPhone gets one step closer to reality
Does the iPhone 14 have an always-on display? Know this before buying
How to hide photos on your iPhone with iOS 16
Latest Google Pixel 7 leak reveals the full design in all of its glory
Pixel 7: Everything we know about Google’s 2022 flagship
The best hurricane trackers for Android and iOS in 2022
The first Galaxy S23 Ultra leak is great news for S22 Ultra fans
Amazon’s new Kindle Scribe turns the e-reader into the ultimate notepad
Apple AirPods Pro 2 vs. AirPods Pro: What’s new?
The best tablets for kids in 2022: Fire HD, iPads, and more
How to reset Apple AirPods and AirPods Pro