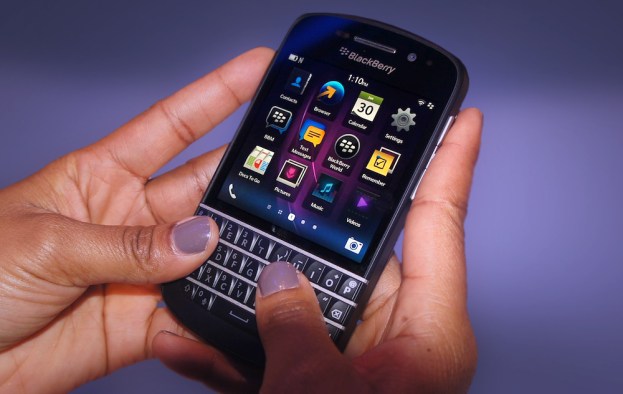 BlackBerry has published its latest quarterly earnings report, and held a conference call with investors and members of the press, where it has given us a look at how it has performed during the first complete period of BB10 sales. The period in question covers the weeks between the beginning of March, and the beginning of June, during which BlackBerry shifted 6.8 million smartphones. That’s up from the first quarter of the year, but if you’re wondering how many BlackBerry 10 phones were sold, you won’t find the figures in the press release.

This is a little concerning, as it was happy enough to trumpet reaching one million BB10 sales during the last earnings call. BlackBerry 10 is now on sale in 147 countries, the BlackBerry Z10 has been on sale throughout this quarter, and the BlackBerry Q10 has also arrived in 96 countries around the world; so you’d think if it had something positive to say, it would do so.

Instead, it made the excuse that estimating unit sales is too difficult in the highly competitive smartphone market. CEO Thorsten Heins also fielded questions on the subject during the Q&A session after the call, and again declined to split sales figures between BlackBerry 7 and BlackBerry 10. He repeatedly said BlackBerry saw the smartphone race as a marathon, not a sprint, and that it was concentrating on getting more hardware out onto the market, and improving its marketing efforts.

However, a possible figure did slip out later in the Q&A, and it was picked up by N4bb.com. Apparently, a total of 2.7 million BB10 phones were shipped over the past three months, which means for the second time, BB7 hardware has out-sold its successor. Despite BB10 sales being nearly three times more than it managed last time out, BlackBerry’s stock price has fallen 20 percent since the numbers were published.

Going back to more positive things, we can expect the BlackBerry Q5 to be sold on 106 networks very soon, along with the launch of a new BlackBerry 7 smartphone to be announced later in the year too. Seeing as BB7 is outselling BB10, it’s perhaps a good idea. There was no word on a new BB10 phone, although we have heard talk of the BlackBerry A10, which if the rumors are correct, will take over the Z10’s position as the firm’s flagship touchscreen device. It was also reiterated that BlackBerry Messenger would be released for Android and iOS during the summer.

There was some bad news for BlackBerry PlayBook owners, as despite promising its arrival earlier in the year, BlackBerry has now stopped work on a BB10 update for the tablet, citing it was unhappy with the performance. BlackBerry sold 100,000 PlayBook slates last quarter.

Other results detailed in the report include revenue up from $2.6 billion to $3.1 billion, but the $94 million profit it recorded last quarter has turned into an $84 million loss this time around. Subscriber figures also dropped by four million, giving us a total number of 72 million, based on the 76 million reported in March.